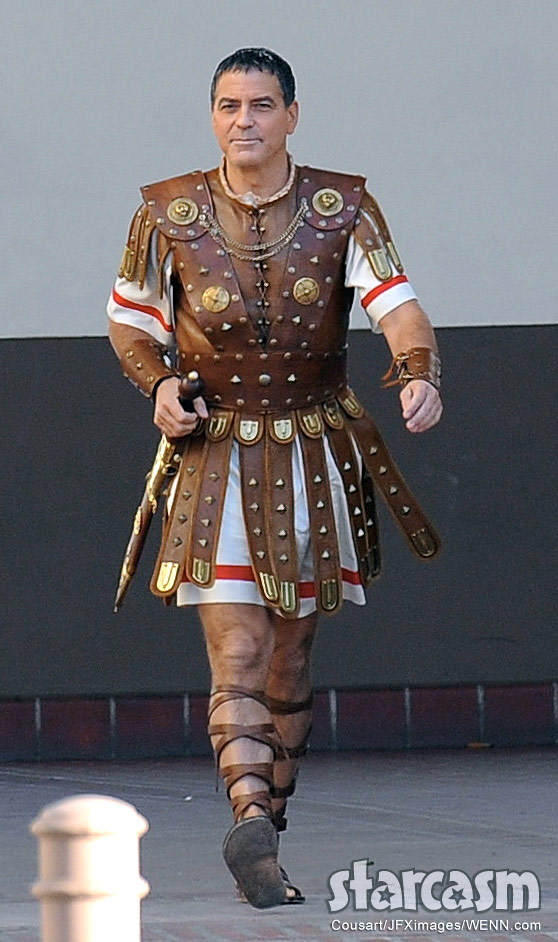 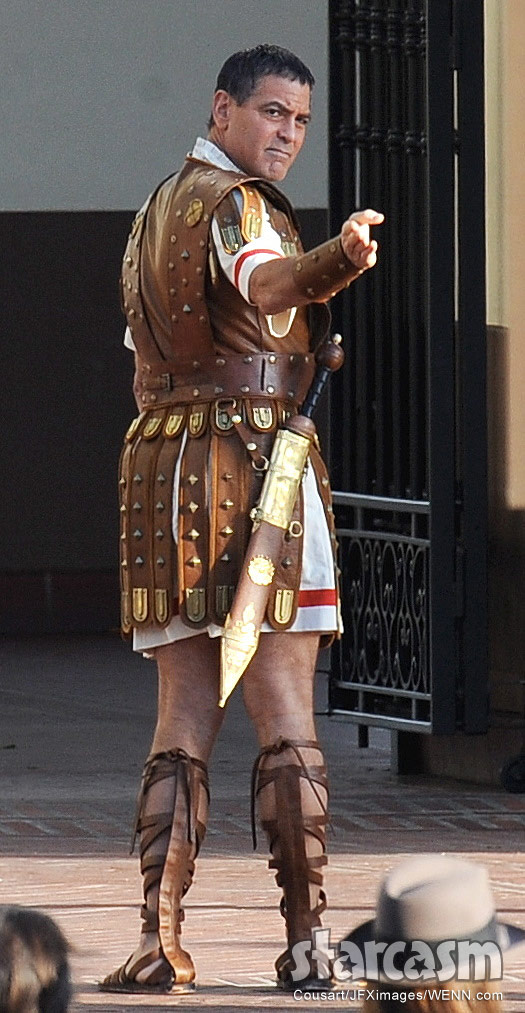 The 53-year-old recently wed actor had his hair pomaded and combed forward while rocking leather and gold-studded armor over a white and red tunic. George finished off the look with some knee-high wrap-around leather sandals and a sword and scabbard at his side.

Hail, Caesar! is a period piece, but perhaps not the period you would have guessed given the photos above. The film is set during the latter years of Hollywood’s Golden Age and tells the tale of real-life MGM executive (and “fixer”) Eddie Mannix.

Here are some more photos of George Clooney, who will be playing Baird Whitlock in the film, from the Hail, Caesar! set: 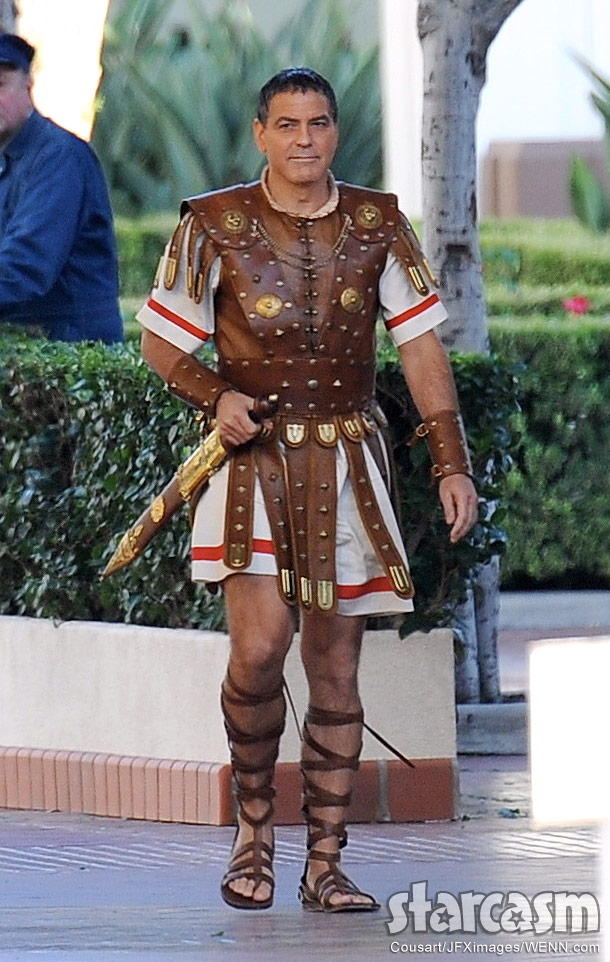 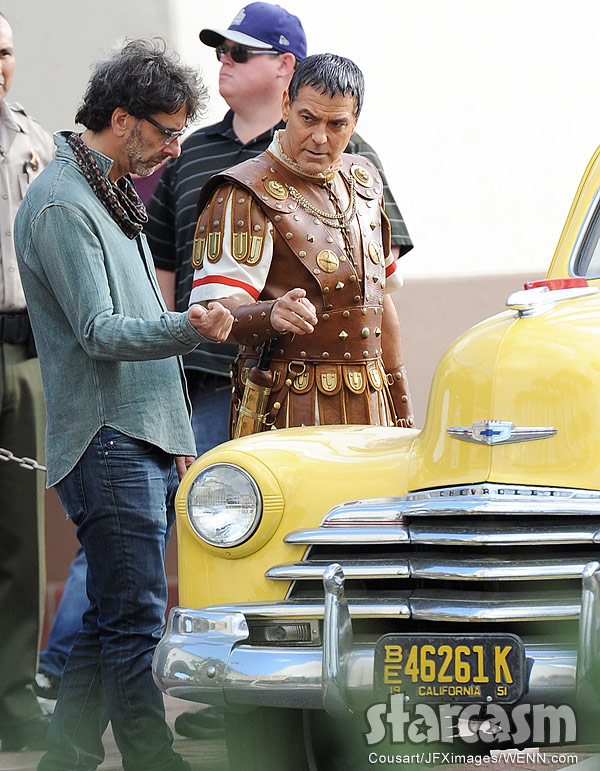 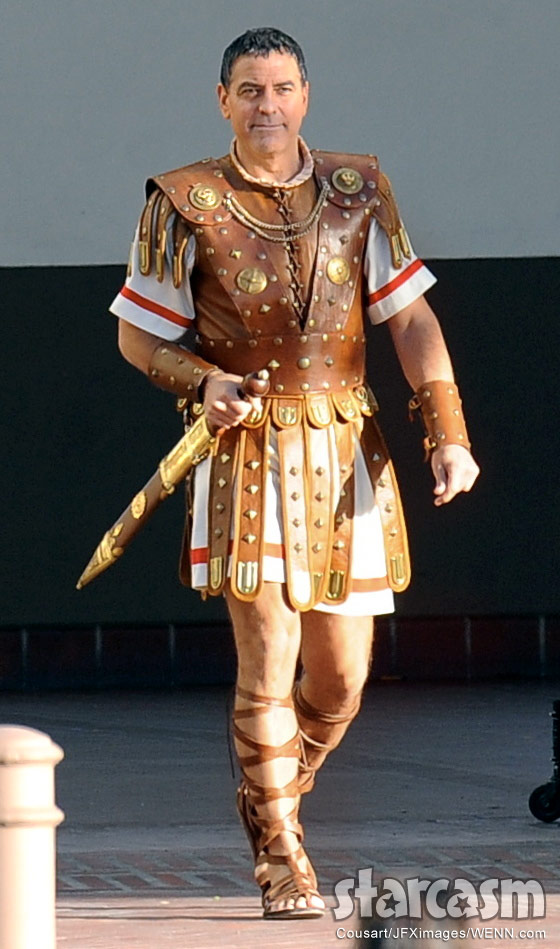 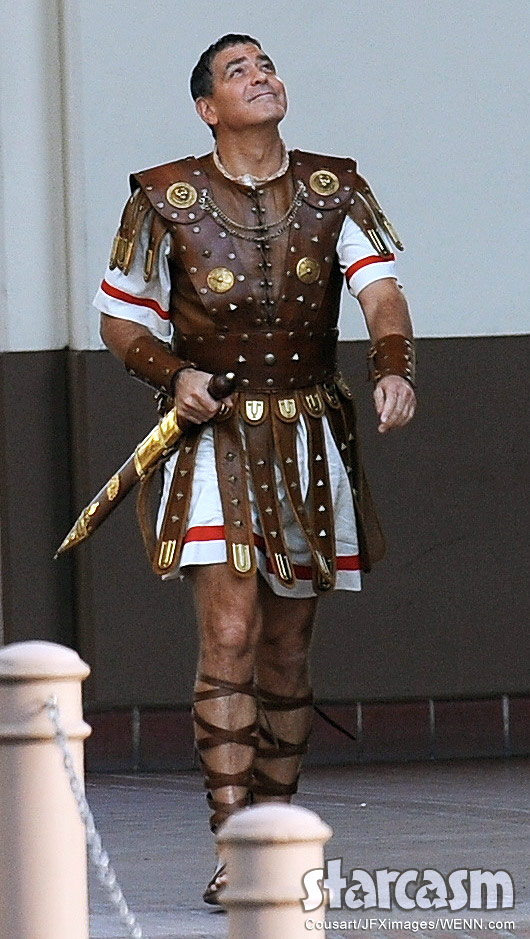 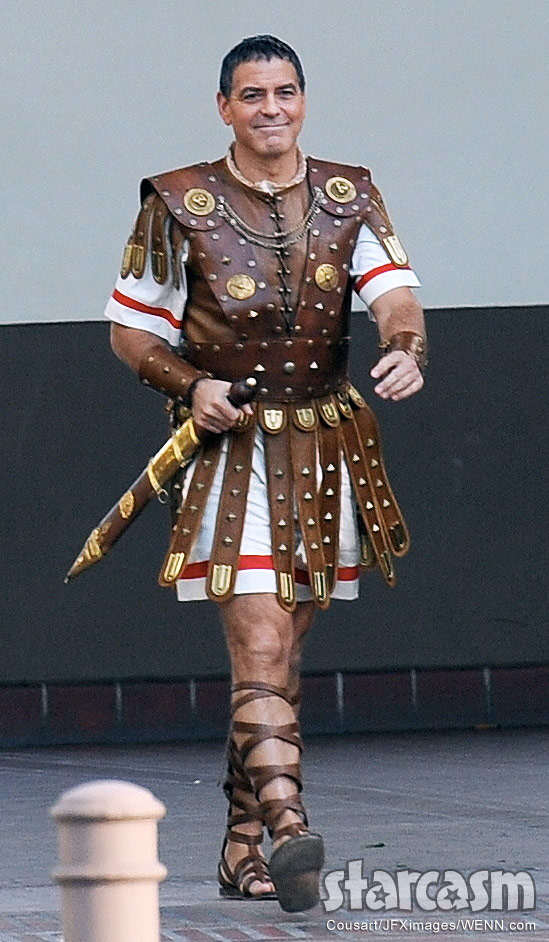