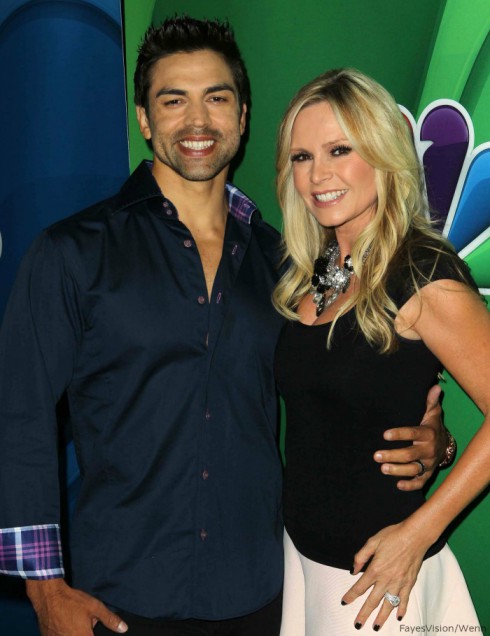 This season of Real Housewives of Orange County, Tamra Barney and husband Eddie Judge seemed to go back and forth a lot about whether they should have a baby.

On one side, Tamra said she would really enjoy having another baby in the home and sharing that experience with Eddie. She also mentioned her desire to have a baby she would get to see more than “50 percent of the time,” which is a reference to her current situation with ex-husband Simon Barney. But, Eddie — who was abandoned by both of his parents at the age of 2 — said he was hesitant to make the lifelong commitment to raising a child.

Even Tamra, who is primarily pro-baby, admitted at one point that she isn’t sure whether expanding the family is a good decision.

So, now that a few months have passed since currently airing episodes were filmed, where do Tamra and Eddie stand on the baby situation? During Watch What Happens Live this week, Tamra indicated she and Eddie are still in a standoff.

“Eddie has never, ever wanted to have kids,” Tamra told Andy Cohen and fellow guest Dr. Drew. “So, I feel, because his mom and dad were not in his life… But he is so loving and so positive.”

Dr. Drew voiced his concerns about whether fatherhood is right for Eddie, based on his childhood and remaining reluctance to have kids.

If Tamra and Eddie do go forward with baby plans, Tamra has said they would pursue adoption or surrogacy. She’s also said she wants Eddie to make a final decision within the next few months because she is “not going to be 70 years old and going to [drop the kids off] at preschool.”