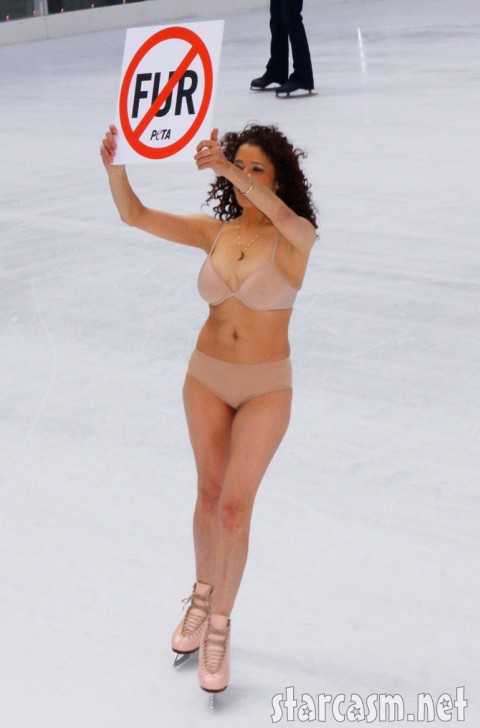 Former Olympic figure skater Tai Babilonia did her best to melt the ice at Rockefeller Center by emulating nekkidness in a nude suit and toting an anti-fur PETA sign as she gracefully glided around the rink, and in an attempt to warm folks up to her anti-animal cruelty way of thinking, Tai issued this statement in a press release:

Just because it’s cold outside doesn’t mean we should be cold inside. There are many more warm things to wear nowadays than fur. 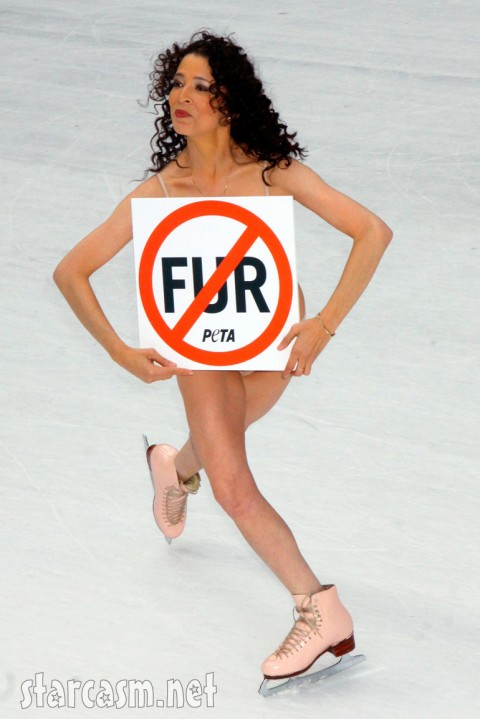 Tai Babilonia? I have to confess that I usually get suckered into watching a smidgen of figure skating every four years or so, and I think I would remember a great name like Tai Babilonia! Maybe I missed an Olympics or two.

OK, before I get into trouble here let me say that Tai appears to be an attractive woman in other photos I saw online while researching this post. That being said, Tai might should look into toting a PEPP sign. (People for the Ethical Photography of People): 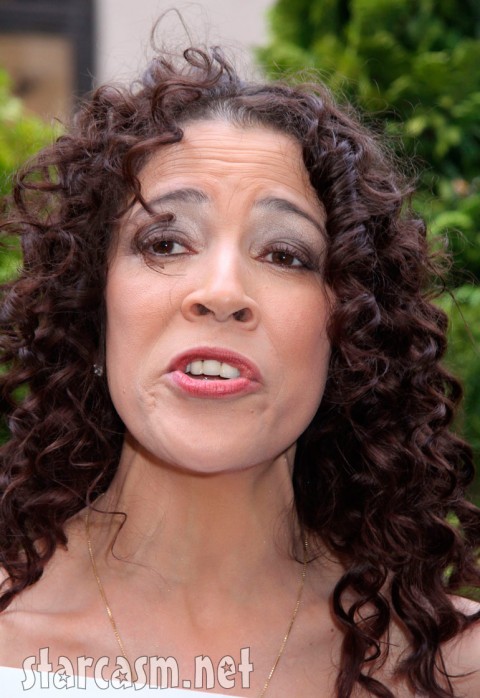 Zola’s story update: Jess tells her side of the story in depth!