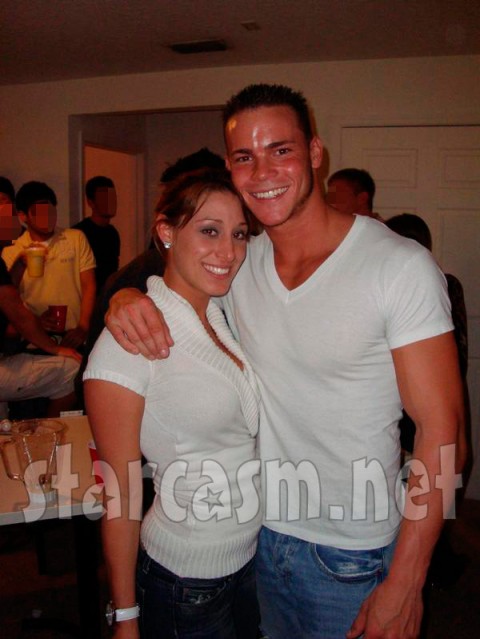 Jake Pavelka may have more heartache on the horizon! In addition to Rozlyn Papa, a contestant booted from The Bachelor for an alleged “inappropriate relationship” with a producer on the show, an anonymous source has provided starcasm with these photographs of contestant Vienna Girardi with a man the source tells us has been dating Vienna on and off for three years!

The source claims the hunk in the photos is from Vienna’s hometown of Sanford, Florida and that Vienna told her beau “she was going to the bachelor so she can be on TV and to wait for her.” The source also claims that Vienna and he were together the night before she left to be on The Bachelor! 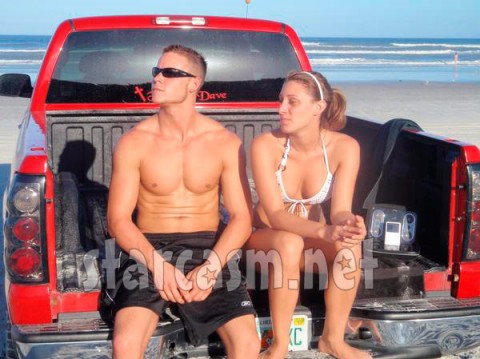 The photos look to be from Florida and from a cruise of some sort. Let me emphasize that we do not have verification on when exactly these photos were taken, the identity of the man in the photos, or if any of these allegations are true. 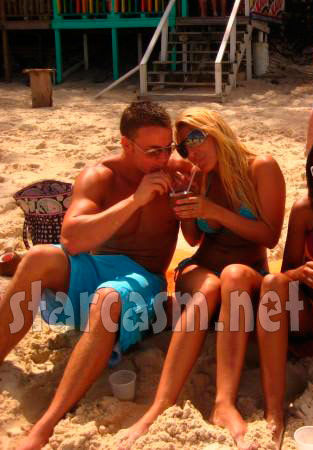 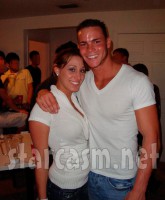 Did The Bachelor’s Vienna Girardi have a boyfriend while she was on the show? 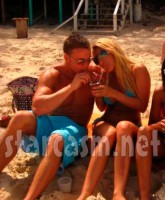 The Bachelor contestant Vienna Girardi and (boyfriend?) Brian Lee Smith share a drink on the beach 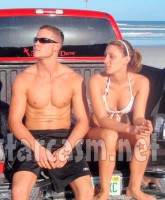 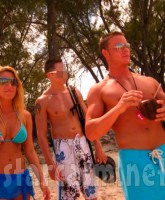 Vienna Girardi and a couple friends walk on the beach 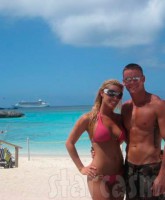 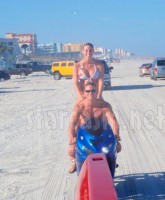 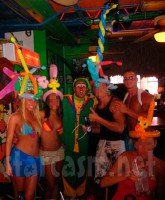 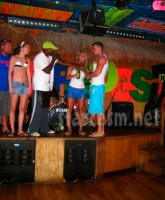 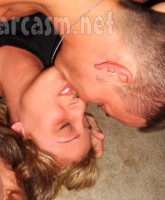 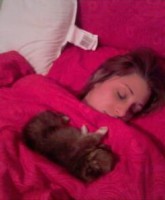 Vienna Girardi is caught sleeping around with a real cutie 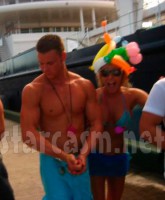 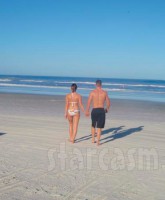 UPDATE – OK, taking in all the info from the comments and research I’ve done on my own, my summation is that the feller above (We have since learned his name is Brian Lee Smith) dated Vienna earlier last year, and possibly even the end of 2008. It appears as though Lee moved on well before Vienna left to be on The Bachelor. So, until I get proof otherwise, that’s my take! Perhaps what happened here is the same thing that seems to be happening on the show – women hate Vienna. Now, we do need more info on this Joshua Riley she was married to. Anybody got Bahama cruise photos of him?!?

Check out all these juicy posts about The Bachelor:

CLICK HERE to read about Vienna’s elopement at age 19 to a man she told Jake on the show that she didn’t even know!

***SPOILER ALERT*** The next link has details about something will reportedly happen in an episode coming up! Enter at your own risk!