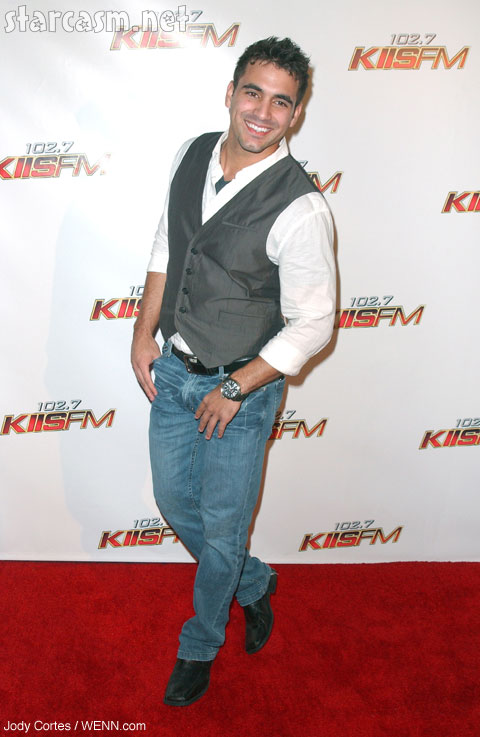 It’s been denied that Roberto Martinez, but that’s happened in the past with people who ended up being The Bachelor/Bachelorette. There’s really no evidence either way, but Life & Style AND spoiler blogger Reality Steve are claiming that it’s a done deal. Even the denial to US Magazine says that ABC is asking Roberto to be The Bachelor.

If this does happen, Roberto will be the first non-white Bachelor or Bachelorette, which may be an answer to the racial discrimination lawsuit ABC is currently fighting.

“He’s already signed the contract. They chose him because he’s very likable, and they hadn’t liked any of the men on Emily Maynard’s season.”

And here’s what a source told US Weekly. Note the last part:

“That’s far from the truth!” a source tells Us. “They are asking him to be the next bachelor, but he has no interest as of right now.”

E! also has an insider telling them “nothing has been signed yet, but it will be finalized by the end of the summer.”

Reality Steve called around to all his Bachelor connections, and says that the Life & Style report is completely true!

Roberto is absolutely going to be the next “Bachelor.” Mark it down. I had heard a few weeks ago they were after him hard but that he hadn’t made up his mind yet. So when L&S’ story broke on Tuesday, I wanted to see if it was legit. It was. ABC won’t comment, and I’m guessing the earliest we’ll hear anything about the announcement of the next “Bachelor” is Emily’s finale on July 16th, but rest assured, it’s 1000% signed, sealed, delivered that Roberto will be the next “Bachelor.”

Robert dated Ali Fedotowsky for 18 months after winning her season of The Bachelorette (this one stumped Reality Steve, who claimed that Ali chose no one.) They put in a good fight, but it seemed kind of obvious right away that were just trying to stay together for the cameras and opportunities (a common thing with these couples,) but they weren’t crazy enough to erupt into dramatastic meltdowns like say … Vienna and Jake and then Kasey. Roberto’s ex Ali has landed a travel show called 1st Look with NBC, which airs after Saturnday Night Live in some markets (great time slot, right?)

Will Roberto make a good Bachelor? Would you/are you watching Ali’s travel show?