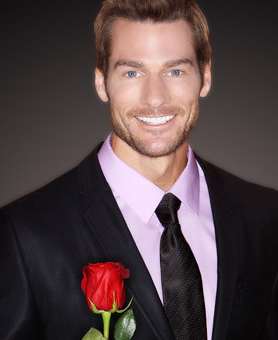 ABC’s The Bachelor-land is a strange place. It’s a place where the audience gets so wrapped up in the rules of the game that they get vehemently upset when a Bachelor makes the most logical decision and chooses none of the women who were thrust upon him by ABC producers. Jake Pavelka chose someone, and look how that turned out!

So, should we really be that upset when a Bachelor (or Bachelorette) calls it a day at the end of the surreal marathon dating/dumping session, and goes home alone?

Even if it doesn’t make sense in the real world, a lot of people were pissed at Brad for, well, not playing the game the first time around. And that’s what this is really about. Even if they break up two weeks after the final rose, it’s part of the entertainment package that The Bachelor picks someone. That’s what The Bachelor is being paid to do.

Brad has been given a second chance by the Reality Television gods, and he’s got a lot of repenting and wallowing to do.

First he reveals that he’s been going through intensive therapy for the past three years because of his commitment issues. Therapy’s fine, but maybe if he had been dating chicks in the real world during this period too, he would have already found love and companionship to take a gamble on.

Next, he confronts the two women he dumped on his first season as The Bachelor: DeAnna Pappas, and Jenni Croft.  They’ve both moved on with their lives, and DeAnna is engaged, but that didn’t stop them from coming back to rehash some old drama with Brad:

Then gets slapped by contestant Chantal O’Brien “for all the women in America.”

If you were wondering if that was a theatrical slap, Brad says it felt real. He told the press during a conference call:

“There were some concerns among the women that I was the Bachelor again and so — and I will tell you this, the slap, unfortunately, was very real,” Womack said. “I don’t know if it’s a trailer of what’s to come, because everyone calmed down a little bit. It shocked me, of course, but we moved on. We talked about it. We laughed it off and moved on. But it was a very, very really slap.”