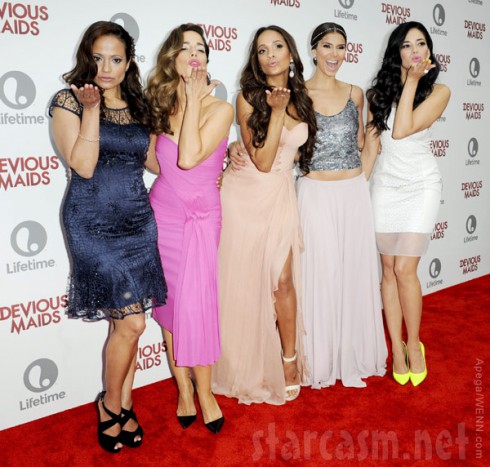 Lifetime’s seductively sinister new drama Devious Maids doesn’t premiere until Sunday, but the cast of comely cleaners and their deplorable employers were on hand last night for the show’s premiere party held at the Bel-Air Bay Club in Beverly Hills. Also on hand were the show’s executive producers Eva Longoria and Marc Cherry, creator of Desperate Housewives! 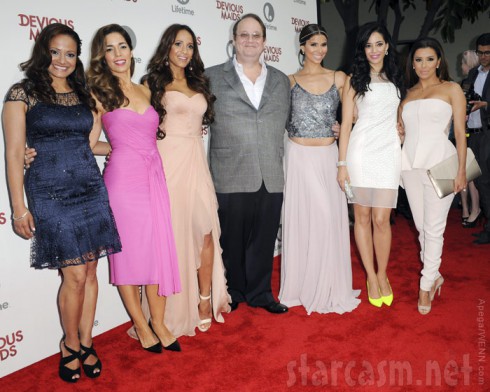 In the photo above (from left to right) we have Judy Reyes, Ana Ortiz, Dania Ramirez, Marc Cherry, Roselyn Sanchez, Edy Ganem and Eva Longoria.

If you haven’t heard much about the show, it’s essentially very similar to Desperate Housewives with a little bit of manual labor tossed in as well as an extra layer of super-wealthy, super-unpleasant bosses! Here’s a synopsis of the show from the network:

In Devious Maids, murder and mayhem collide in the mansions of Beverly Hills’ wealthiest and most powerful families. Class warfare has never been as fun and dirty as it is in the tony enclave where the staff is as clever, witty, outrageous and downright devilish as their employers. Whoever holds the dirt holds the power, and before the season is over, illicit affairs will be revealed and deep dark secrets exposed as we learn the sordid details behind a shocking murder of a beloved housemaid.

If you’re impatient you can check out the first episode of Devious Maids online now at MyLifetime.com!

And here are some individual photos from the premiere party with bios from Lifetime, followed by more info about the show from a Lifetime press release: 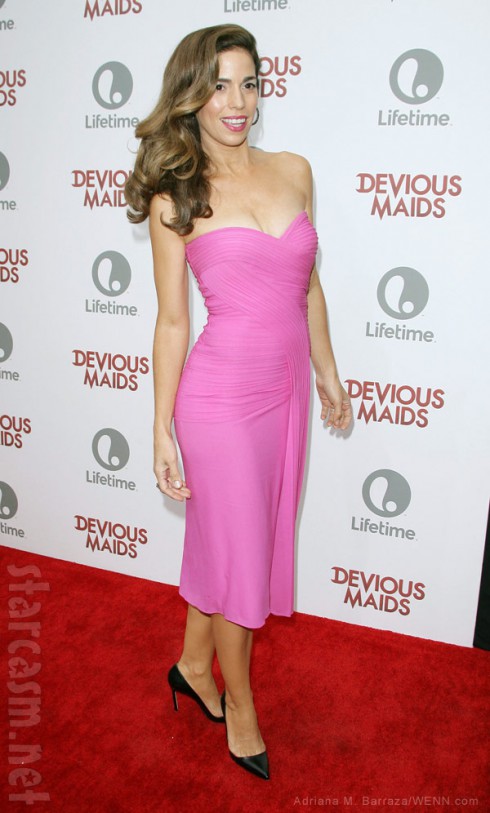 Ana Ortiz broke out as Hilda Suarez on ABC’s hit comedy Ugly Betty, earning both ALMA® and Imagen Awards for Best Supporting Actress for her portrayal as Betty’s sassy older sister. She has also had recurring roles on ABC’s Boston Legal, the FX series Over There, and the ABC series A.U.S.A and Kristin and guest-starring roles on ABC’s NYPD Blue, The New Adventures of Old Christine, Commander In Chief, Freddie, North Shore, Greetings From Tucson, Everybody Loves Raymond and ER. Born and raised in Manhattan to Puerto Rican and Irish parents, Ortiz began her career in theatre, garnering rave reviews before making the jump to television. 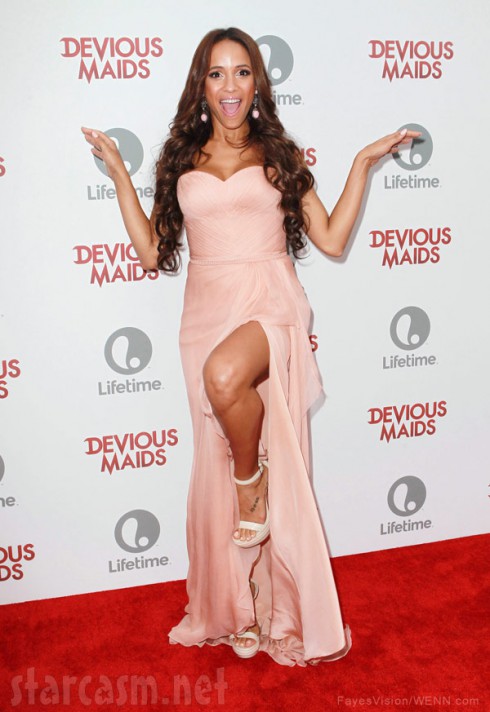 Dania Ramírez is one of the hottest young actresses in Hollywood and has co-starred in several successful movies, including the action-thriller Premium Rush, American Reunion and X-Men: The Last Stand. On television, Ramírez has appeared on the critically acclaimed HBO drama The Sopranos as Blanca, earning a SAG Award® for Outstanding Performance by an Ensemble in a Drama Series. She also regularly appeared in NBC’s cult hit Heroes and HBO’s award-winning Entourage. As a model, Ramírez has been the face of CoverGirl and appeared in the CIROC “Luck Be A Lady” campaign with Sean “P. Diddy” Combs. 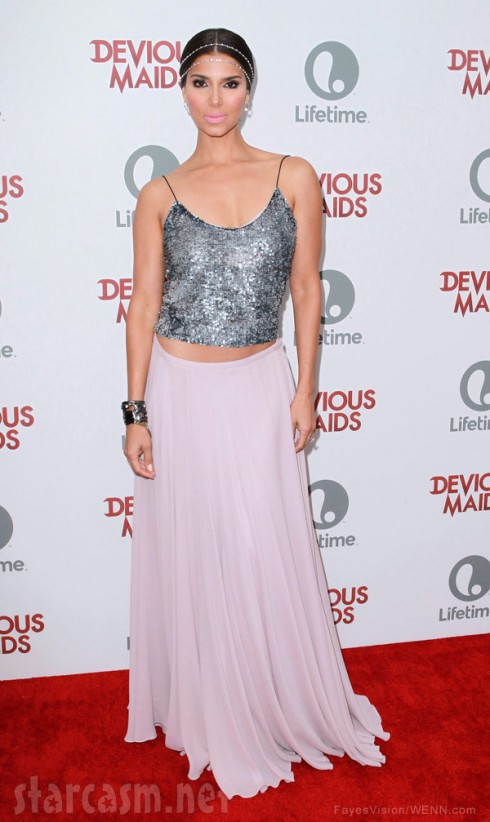 Roselyn Sánchez first wowed audiences in New Line’s blockbuster hit Rush Hour 2 opposite Chris Tucker and Jackie Chan, playing Isabella Molina, an undercover secret service agent, for which she received an ALMA Award® nomination for Best Supporting Actress. Sánchez’s other film credits include the critically acclaimed Act of Valor; Disney’s The Game Plan; the romantic comedy Boat Trip opposite Cuba Gooding, Jr.; and Basic opposite John Travolta, Sam Jackson and Giovanni Ribisi. Sánchez also has a successful career as a singer-songwriter. In 2003, she released her debut CD, Borinqueña, and was nominated for a Latin Grammy® for Best Music Video for the single “Amor Amor.” 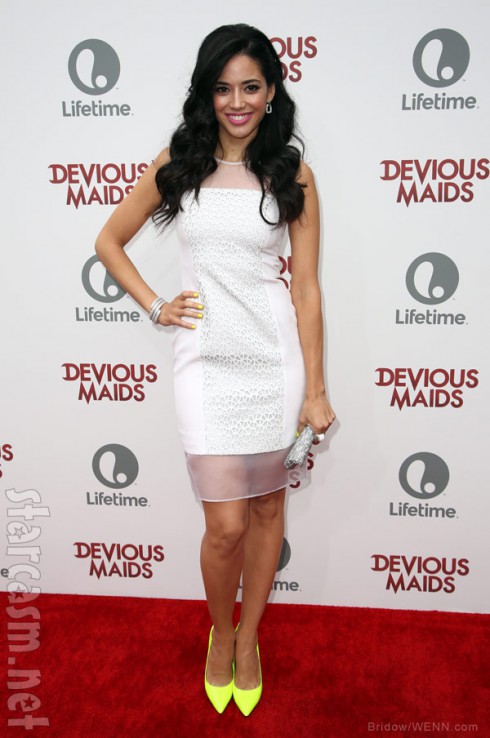 Mexican-Lebanese actress Edy Ganem was born in Modesto, California. Before landing the highly coveted role of Valentina in Devious Maids, Ganem was part of several independent feature films including Black Limousine with David Arquette and Vivica Fox; Like Crazy with Jennifer Lawrence, Anton Yelchin and Felicity Jones; and Lola’s Love Shack, directed by Patrick Perez, which won Outstanding Cast at the Action on Film film festival. Her recent TV credits include roles on CBS’ ¡ROB!, Fox’s The Cleveland Show and MTV’s Livin’ Loud, which was featured in the TV Festival at Cannes. 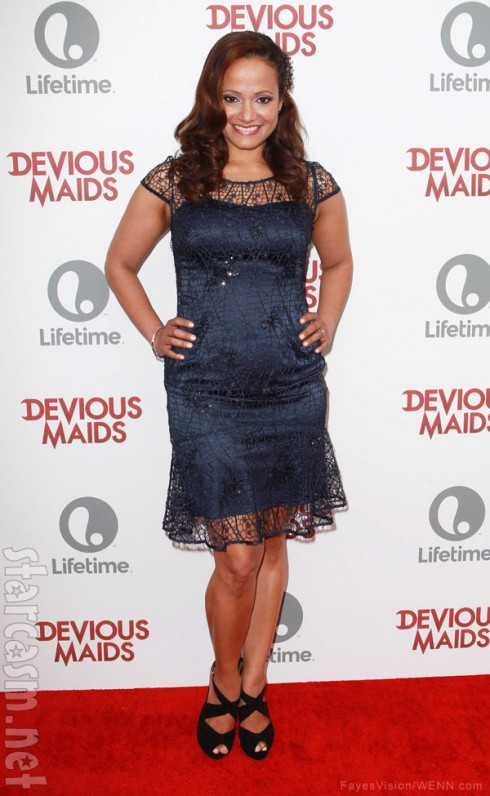 Judy Reyes is best known for her leading role as the sassy, no-nonsense nurse Carla Espinosa on the hit comedy series Scrubs. Reyes’ other television credits include a star turn in the Lifetime feature, Little Girl Lost: The Delimar Vera Story; a recurring role as Tina on the acclaimed HBO series Oz; and roles on The Sopranos, Third Watch, NYPD Blue and Law & Order, among others. Reyes began her career in independent film and theatre and was a founding member of the Labyrinth Theater Company along with Philip Seymour Hoffman, Sam Rockwell, John Ortiz and Lauren Vélez. Reyes has received numerous award nominations throughout her career and was most recently nominated for an Imagen Award for her work in the film Gun Hill Road.

And here are the rest of the photos with more info about the show! 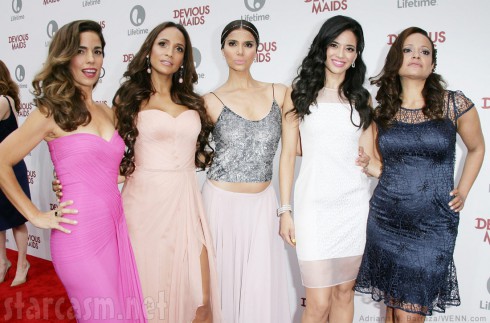 Devious Maids’ all-star cast, Ana Ortiz (Ugly Betty), Dania Ramírez (Entourage), Roselyn Sánchez (Without a Trace), Edy Ganem (Livin’ Loud) and Judy Reyes (Scrubs), portray five maids with ambition and dreams of their own while working for the rich and famous in Beverly Hills. In the series, murder and mayhem collide in the mansions of Beverly Hills’ wealthiest and most powerful families. Class warfare has never been as fun and dirty as it is in the tony enclave where the staff is as clever, witty, outrageous and downright devilish as their employers. Whoever holds the dirt holds the power, and before the season is over, illicit affairs will be revealed and deep dark secrets exposed as we learn the sordid details behind a shocking murder of a beloved housemaid. 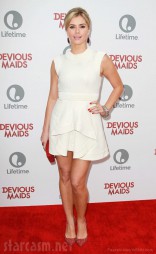 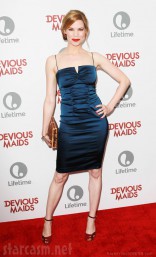 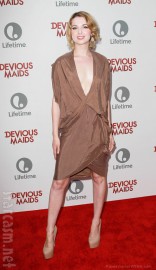 Devious Maids centers on a close-knit group of maids who are bonded together by their jobs, life struggles and the melodramatic “upstairs-downstairs” universe that engulfs their employers. Rosie (Ramírez), a widow who left her son back in Mexico when her husband died, works as the maid and nanny for a pair of self-absorbed and successful actors, Peri and Spence Westmore (Mariana Klaveno, True Blood, and Grant Show, Swing Town). Aspiring singer Carmen (Sánchez), hopes that her pop star employer Alejandro (Matt Cedeño, Days Of Our Lives) can help jump-start her career, but Odessa (Melinda Page Hamilton, Mad Men), his very loyal housekeeper and her boss, will stop at nothing to stand in her way. Zoila (Reyes) is the senior maid for Genevieve Delatour (Susan Lucci, All My Children), a co-dependent, emotionally unstable wealthy woman. She works alongside her teen daughter Valentina (Ganem), who has a crush on Genevieve’s handsome son, Remi (Drew Van Acker, Pretty Little Liars). 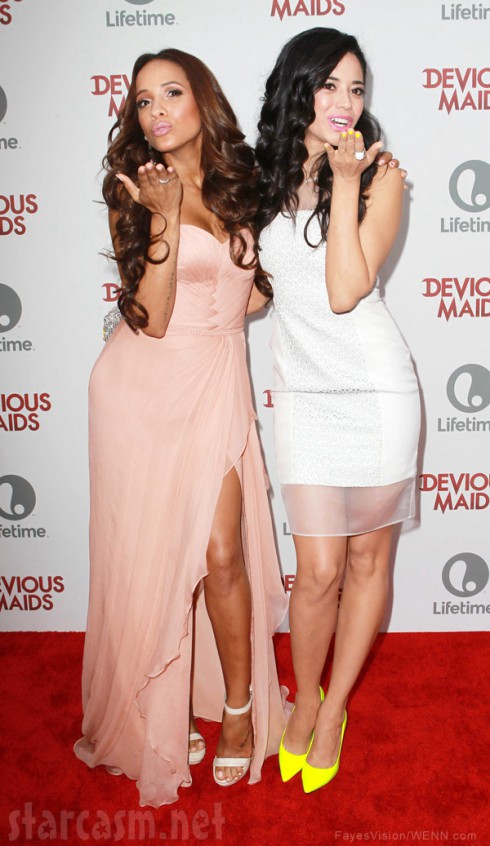 In the series premiere, the women turn to one another for support when their friend and fellow maid Flora (Paula Garcés, CSI Miami) is brutally murdered at the home of her employers, Evelyn and Adrian Powell (Rebecca Wisocky, American Horror Story, and Tom Irwin, Grey’s Anatomy), at one of the largest society events of the year. Meanwhile, newcomer Marisol (Ortiz) is hired to clean the home of Taylor and Michael Stappord (Brianna Brown, Homeland, and Brett Cullen, Damages), a newlywed couple with a complicated love history. But Marisol has ulterior motives and when someone she loves becomes wrapped up in Flora’s murder, she goes undercover to learn the truth. 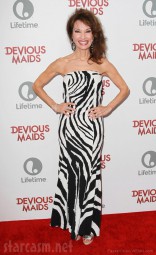 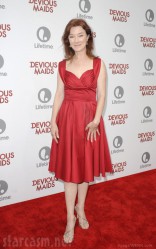 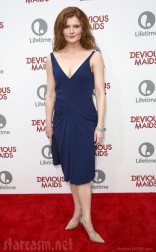 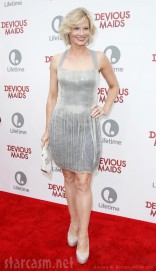 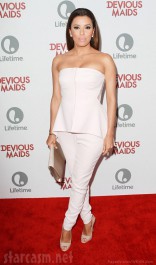 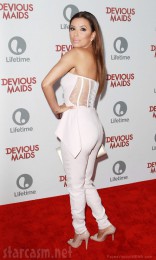 Tom Irwin, the dad from My So-Called Life is on Lifetime’s Devious Maids!