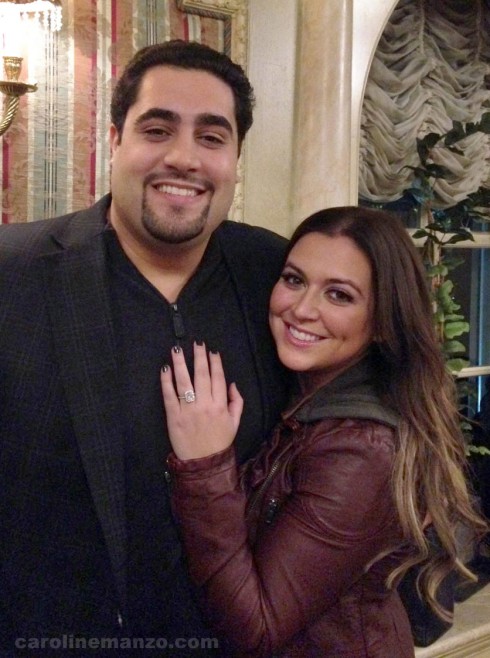 Everybody knows you can’t have a Real Housewives spin-off series without a wedding! And now it looks like Manzo’d With Children has theirs as Caroline Manzo’s daughter Lauren Manzo is officially engaged to her fiance Vito Scalia!

Caroline shared the photo above on her blog and wrote only, “My baby is engaged!”

The congratulatory announcement was made online by other Manzos as well:

Any guess on what the big news is??? Congratulations to @laurenmanzo and vitoscalia3 Absolutely… http://t.co/sDT7HJzqtr

All is still silent (online anyways) from Lauren and Vito.

Congratulations to both of them! I hope Bravo cameras were rolling when the question popping went down! Here’s a parting zoomed in photo of Lauren Manzo’s rather impressive engagement ring: 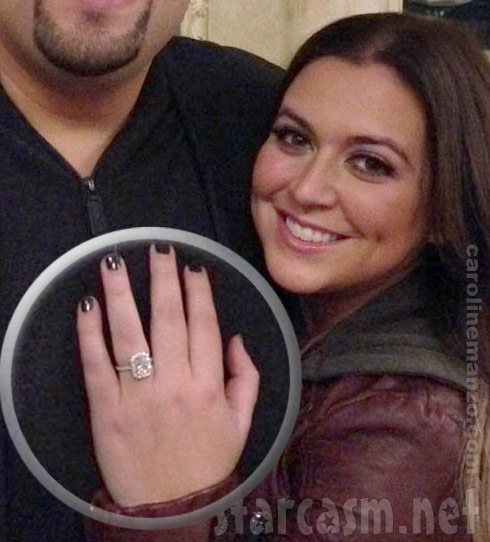 Savvy followers of the Manzos might note that the ring looks very familiar to the one Lauren posted a photo of back in May of 2012 when she famously kind of announced her engagement then took it back with the tweet, “Joking everyone! IM NOT ENGAGED- I figured if Blogs can make up fake stories then I could too just to show how silly it is!”

Reality Tea speculated at the time: “Well – here’s what WE think. We think Vito and Lauren are engaged, but angling for a spinoff and a season five contract. Reality Tea believes they were told by the network to keep the proposal hush-hush since it was filmed. It would be the perfect segue into season five that would keep fans interested, as well. We all know Bravo loves a wedding story!”

UPDATE – Here’s another photo of Lauren and her rock tweeted by one of the gal pals in the picture: 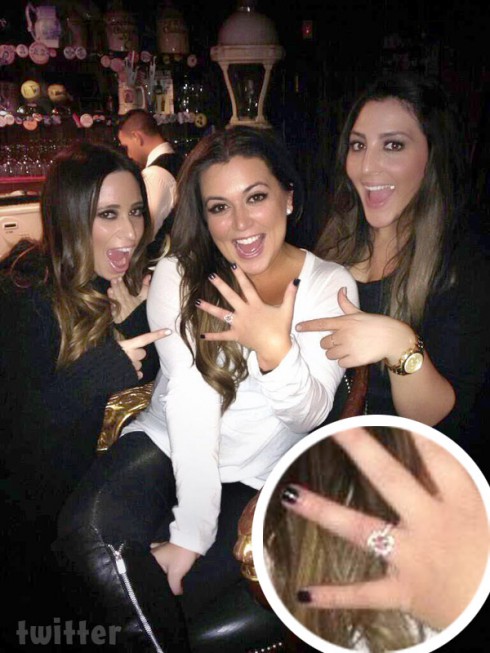