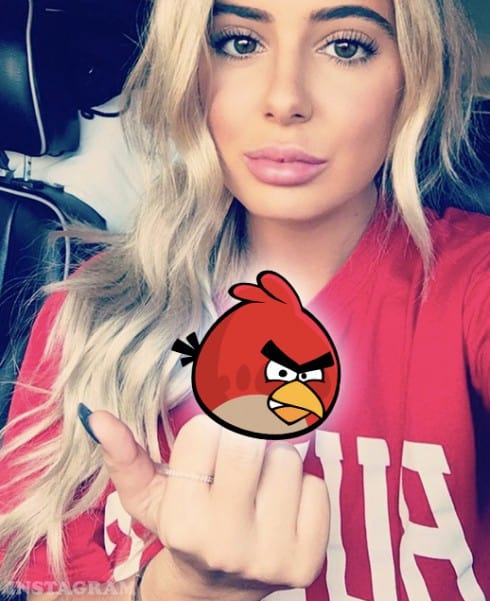 Don’t Be Tardy star Brielle Bermann has a little something for all her haters.

The teenage daughter of Kim Zolciak was so fed up with the many critics of her augmented pout–courtesy of lip fillers–that she took to Instagram with middle fingers up and a word for her naysayers. “To those who think I’ve “ruined” my face????I love it keep it comin’,” she captioned the image.

Our friends over at Reality Tea posted in November about Brielle getting work done by the same California plastic surgeon who works on her famous Real Housewives mom. Brielle shared her new look via social media and praised Dr. Simon Ourian for addressing what she called her biggest source of “insecurity.”

Here’s a little before-and-after for an idea of the difference: 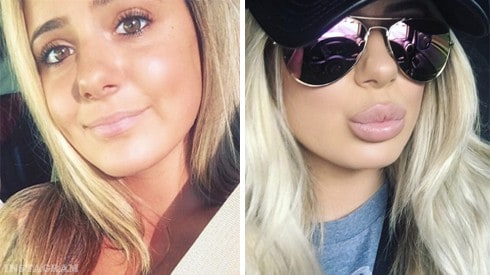 Speaking of Kim, she posted a snapchat last night clapping back at all the people speculating that she and husband Kroy Biermann were on the outs. “We’re having dinner together. These f***ing idiots that write s*** in the tabloids all for clicks on your website, you say that Kroy and I are at war because he’s home with me so much? News flash, a**holes, he’s played for the Falcons for eight years so he’s always been f***ing home. On a more serious note, I don’t appreciate people talking s*** especially s*** that’s not true because I have the most incredible husband in the world,” she said.