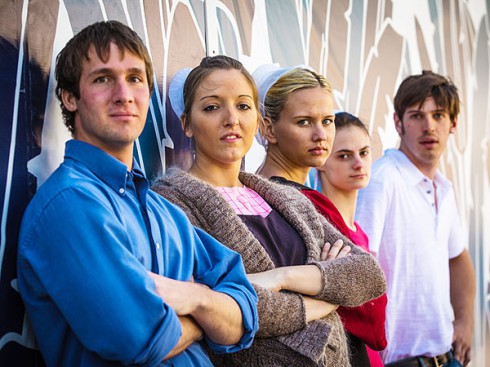 TLC announced in early April that in addition to the original Breaking Amish cast coming back for more episodes as part of Breaking Amish: Brave New World, they were also going to air a Breaking Amish Season 2 with an all new cast of young men and women looking to break away from their Amish and Mennonite communities to experience the “English” life in the big city.

Today TLC revealed the names of the new cast (which once again includes two men and three women) and released a preview clip for the show, which is titled Breaking Amish: LA and will premiere July 21.

The Breaking Amish Season 2 cast photo above includes (from left to right) Devon, Lizzie, Iva, Betsy and Matthew. Here are each of their bios with some photos from the preview trailer as well as quotes: 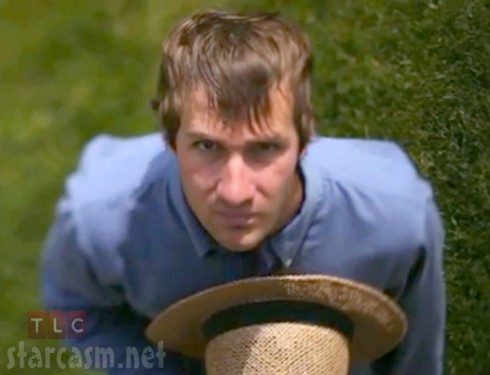 Devon, 21, from Indiana: Unsure of his future, Devon has long been conflicted about the Amish lifestyle and hopes his time in L.A. will offer some clarity.

“This is where I grew up at, and it’s a typical Amish house — no electricity, no TV.”

“I just wanna do something big, go out and explore and live life.” 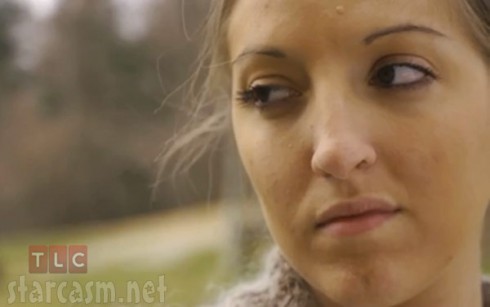 Lizzie, 21, from Pennsylvania: Lizzie harbors a secret from her large Amish family that makes her want to explore a new path, even if she has never been able to integrate with the English before.

“I have a secret that I keep from my family.”

“I am going to Los Angeles.”

“It’s just really hard to feel like you’re trapped in a box. No matter what you do, you can’t get out.” 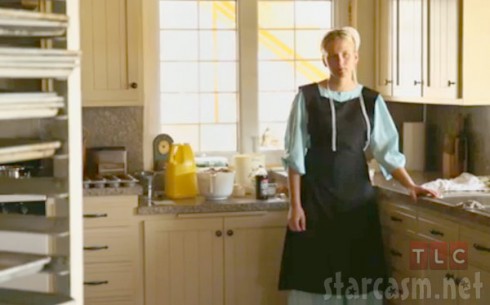 Iva, 19, from Pennsylvania: Her parents divorced when she was young and her father left the community while her mother stayed. Iva has explored life outside the Amish in the past, but has never before been able to make it work.

“Sometimes a car goes whizzing past, and it’s just like ‘Why can’t I be in that car?'”

“We have to put wood in this thing [stove] because it keeps our house warm.”

“I can’t really go after my dream if I’m Amish.”

UPDATE – Apparently Iva is the same Iva that was supposedly Jeremiah’s girlfriend (and fiancee for the most part) in Breaking Amish Season 1! Click here for photos and videos, including Iva looking mighty comfortable being “English” from her Facebook profile. 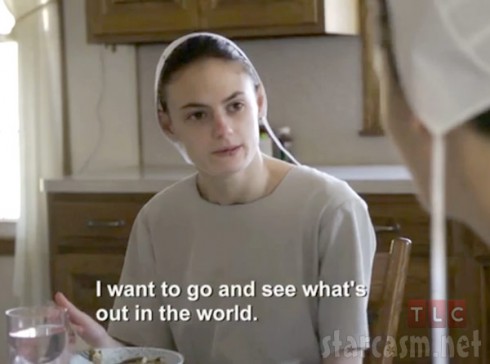 Betsy, 21, from Ohio: Adopted as a baby into an Amish household, she recently married an Amish man, but struggles with being a member of the community and has previously tried living outside the faith.

“I want to go and see what’s out in the world.”

“I’m gonna take my Bible along for protection.” 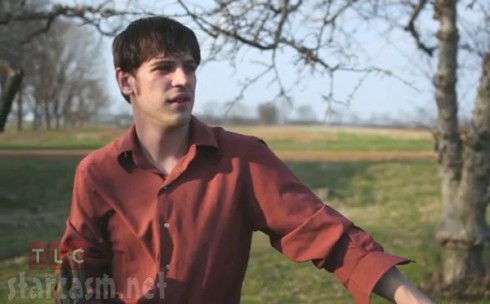 Matt, 24, from Pennsylvania: Two of his siblings have already left the Mennonite community his family joined when he was 7, and now Matt wonders if pursuing his interest in fashion design will inspire him to follow their footsteps.

“I know going out to California is going to be a major disappointment for my parents, but I’m going out and pursuing a dream that I have.”

Here is more information on Breaking Amish: LA from the TLC press release:

TLC’s #1 hit series is back with an all-new season, featuring a brand new cast setting out to explore a life beyond their Amish and Mennonite homes. Trading in the vast fields and strict rules of their rural communities for the endless beaches and blistering sunshine of Los Angeles, these young men and women come together to determine if they’re really ready to embark on a new life among the “English,” or if they should return to the faiths and families they’ve left behind.

“BREAKING AMISH is about the challenges and opportunities anyone faces when at a crossroads in life – deciding which path to take and finding your road to happiness. With an all-new cast and a different, vibrant city, BREAKING AMISH: LA opens the door to these fascinating lives and the journeys they all embark on, as they explore this new world in search of who they want to be – at the risk of everything they’ve ever had,” said Amy Winter, General Manager, TLC.

This season features brighter skies – and darker secrets – as the cast leave their homes and venture west to live together under one roof, experiencing a lot of ‘firsts’ along the way. Though they share similar backgrounds, they find their lives to be very different, and must not only work to adjust to a new city, but to each other as well. Their entire lives are at stake, as their family, faith, and COMMUNITY may reject them completely based on the decision to venture west.

If anyone out there knows any of the cast members (including their last names) we’d love to know more about them! Drop us a line at starcasmtips(at)yahoo.com!