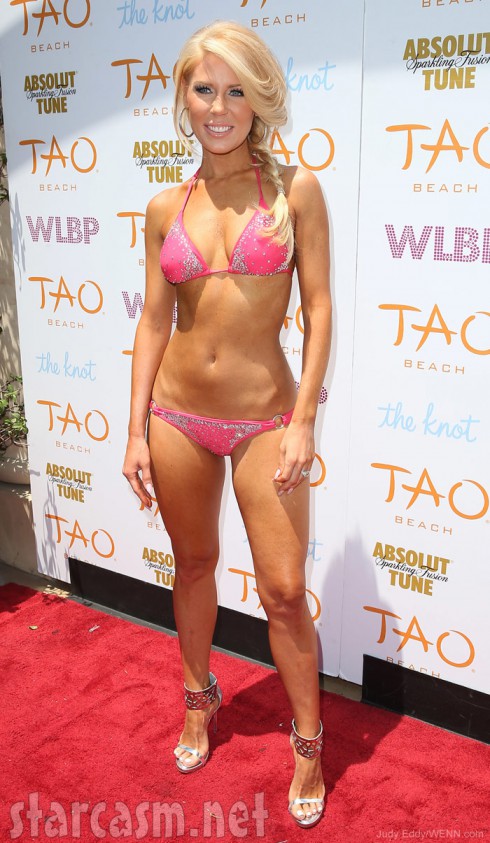 The Real Housewives of Orange County‘s Gretchen Rossi played hostess to Tao Las Vegas’ 2nd Annual World’s Largest Bachelorette Party over the weekend, which included showing off one of the best bikini bodies in reality television at Tao Beach, and partying it up with Kendra Wilkinson and dancers from the Chippendales review!

For the Tao Beach party the recently engaged Gretchen wore a pink version of her Gretchen Christine X Luxe GR Bling Triangle Bikini Top along with a matching pair of bling ‘n’ ring bottoms (that I couldn’t find a listing for among her line so I’m not sure if the bottoms and the pink top are new?) Anyways, here’s a front and back view of Gretchen.

(I can’t decide whether to call that a barossidonk or a bagretchendonk.)

And speaking of recently engaged, Gretchen brought along her fiance Slade Smiley for the shindig, showing him off on the red carpet wearing a black tank top and red swim trunks: 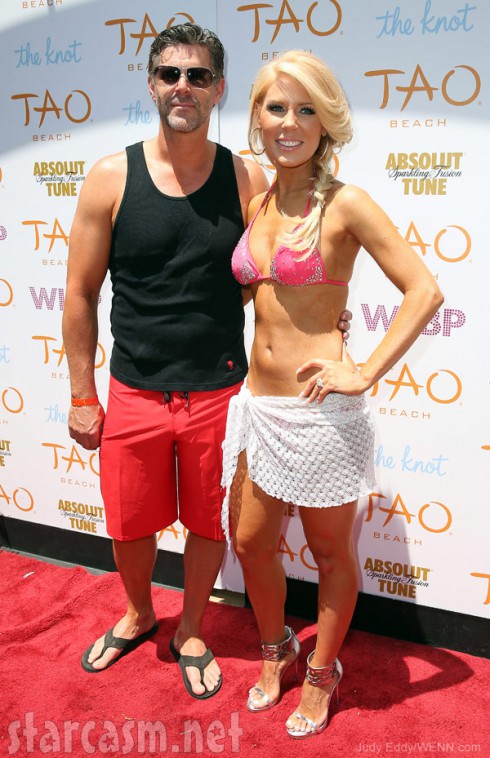 As I mentioned, Gretchen was later joined by the Chippendales dance review and fellow blonde reality star hottie Kendra Wilkinson, who was filming WE tv’s Kendra on Top SEason 2, scheduled to premiere in September. Here’s a great phoo shared by Gretchen on instagram along with the caption, “Wearing my #gretchenchristinexluxe swimsuit available at swimspot.com or swimspot retail stores @swimspot #summertime #sexysuit #bling” 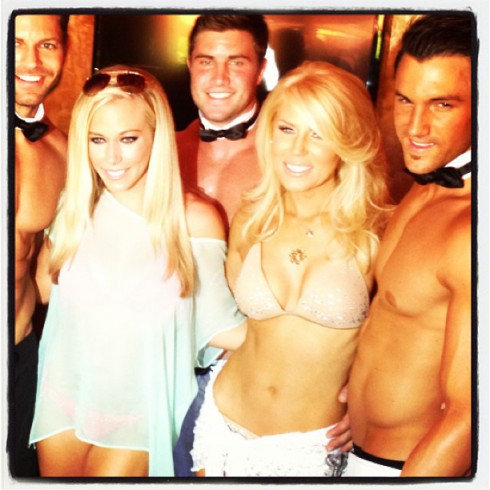 And here’s the gang posing for a fun photo along with Kendra Wilkinson’s mom! 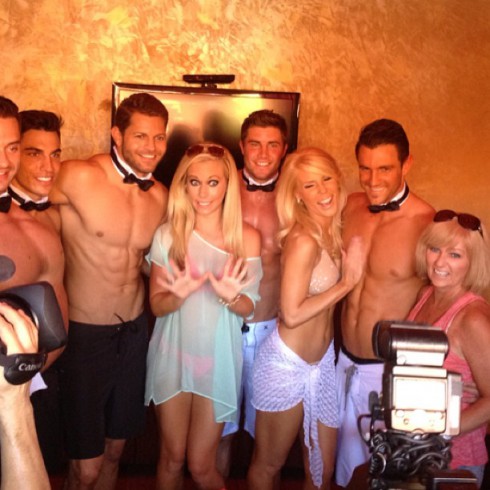 And more photos from this weekend thanks to the always social-media-friendly Gretchen, including one photo of her and some of her high school friends who came out to celebrate with her! 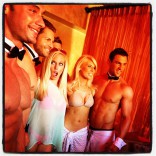 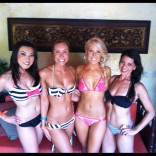 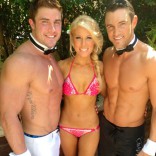 We’ll leave you with one loooooong last look at Gretchen Rossi in her bikini:

(Want to see more of Gretchen in her sexy bikini line? Check out our post on Gretchen Christine X Luxe with Gretchen herself modeling all the looks!)

VIDEOS Preview of all Season 12 Dancing With the Stars contestants dancing!