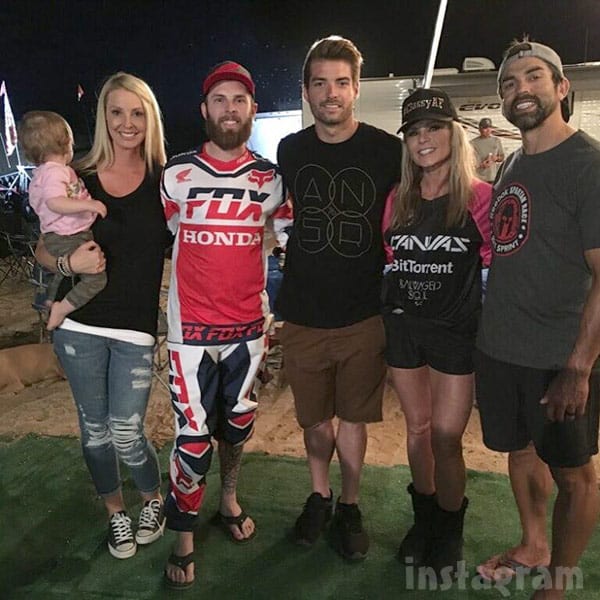 As we reported yesterday, The Real Housewives of Orange County stars Vicki Gunvalson and Tamra Judge were seriously injured Saturday after the Polaris RZR ATV Tamra was driving on the sand dunes in Glamis, California crashed with Vicki and their co-star Heather Dubrow riding as passengers. Initial reports speculated that alcohol may have played a part in the crash, but Tamra took to Facebook earlier today to adamantly deny those claims:

TMZ get your story straight! whoever is giving pictures and statements you are an insensitive POS. No alcohol was involved I am currently NOT drinking due to my upcoming fitness competition and it was 11:00 in the morning. No one was training me or telling me to slow down. I have been riding since I was young. It was an unfortunate accident coming off a top of a dune and landing wrong. What is wrong with people? are they that miserable that they want someone else to look bad?

“People are foolish,” wrote a commenter. Tamra responded by writing, “They truly are. Plus I had blood test done in hospital, I would have been arrested if I was drunk.”

Tamra’s statement included a link to TMZ’s update on the accident story which featured frightening photos of Vicki and Tamra just after the accident:

TMZ get your story straight! whoever is giving pictures and statements you are an insensitive POS. No alcohol was…

Another zoomed-in shot of Vicki in a neck brace:

Meanwhile, Vicki Gunvalson has also responded to the story and the outpouring of fan support. “Thank you everyone for your prayers,” Vicki wrote along with the hash tag #itwasntourtime. She also included this photo of the rescue helicopter: 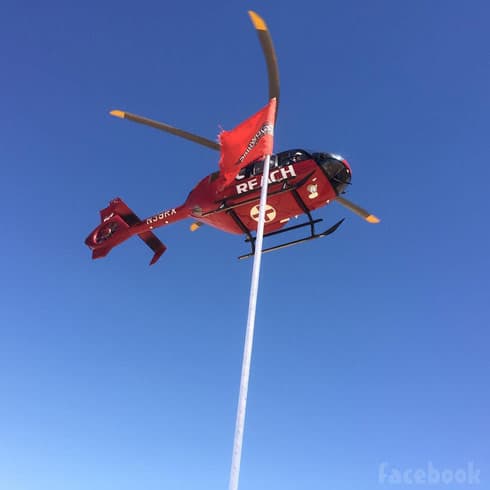 Passenger Heather Dubrow responded with a family photo and some grateful words:

Deep sense of gratitude for my family today. #blessedbeyondmeasure Thank you to all who follow us , we are honored. #HeatherDubrowsWorld #RHOC #BOTCHED #BOTCHEDPOSTOP #drandmrsguineapig #ConsultBeaute

We’re so glad to hear that everyone still appears to be OK! Bravo cameras were reportedly filming at the time of the accident, so I’m guessing TV viewers will get to see the whole harrowing incident play out on screen next season.