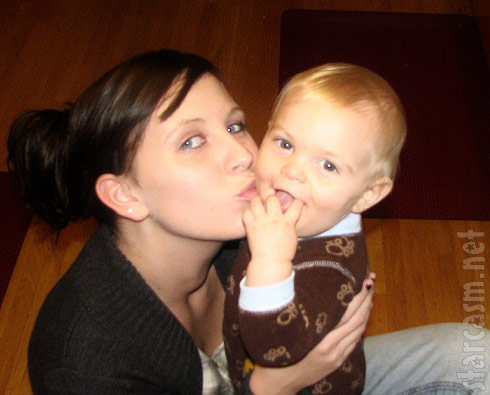 16 and Pregnant star Aubrey Wolters Akerill came under a maelstrom of controversy after MTV aired a “Where Are They Now?” special in which Aubrey was shown partying it up, kissing another girl on a pool table while drunk, and talking about becoming a stripper. (You can read her reactions to the negative comments HERE)

Not long after the episode aired an old frenemy of Aubrey revealed to Radar Online that Aubrey had been arrested in 2010 for prescription drug possession after an incident in which Aubrey’s frenemy had been caught shoplifting (while with Aubrey) at a Prescott, Arizona Wal-Mart. Both of these incidents combined with a much thinner Aubrey lead many to speculate she had drug problems, something Aubrey has denied all along on her Facebook fan page. 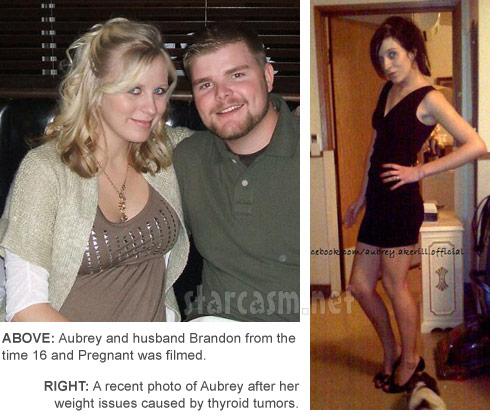 So what has caused Aubrey Akerill’s rapid and excessive weight loss? Her mother explained to E! News that she has a large tumor in her throat, and that is what has impacted her weight so drastically. From E! News:

Wolters says that her daughter was checked out by doctors at Oregon Health Science University who diagnosed the tumor as noncancerous. But because Aubrey doesn’t have insurance—and is a single mother trying to keep her apartment and hold down a job—she has not been able to have the tumor removed.

“The last time I saw her she has a hard time sleeping, eating, breathing,” says Wolters. “It is something she needs to get taken care of but she wants to get a job to keep her apartment and raise Austin.”

When asked if the article was accurate on her fan page, Aubrey responded by writing, “Yes, for the most part.” She then later made some clarifications:

However, I do have health insurance that’s not accurate. I simply do not have the time to be out of commission for so long.

Also it’s not one tumor, it’s 3 all located in my thyroid. As I’ve previously posted.

I’m perfectly capable of taking care of my child thank you. My health does not affect my ability to take care of him.

My mom lives in Arizona we don’t see each other often or talk that often either. & I’m not sure exactly what my mom said to E news I haven’t talked to her about it yet but the [OxyContin] was for my Grandma as i’ve previously said. There will be an article printed with all of the correct information shortly.

Aubrey had talked about her tumor problems earlier, explaining that they were on her thyroid and affected her food consumption – but not by making it difficult to eat as her mother suggests, but by giving her a voracious appetite with no weight gain at all! Here’s a photo followed by her caption for it and some comments made by Aubrey in response to readers’ comments and questions: 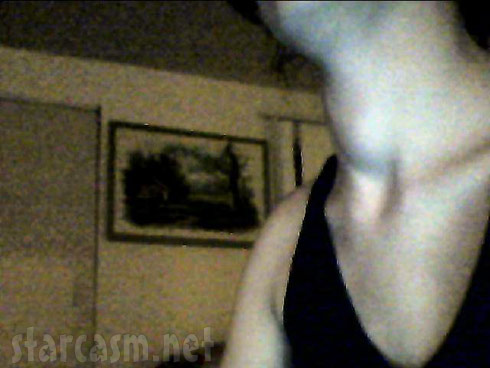 ^ “Not that I should have to post this, but obviously I’m not lying about my throat. I’m not skinny because I’m on drugs, so Thx a lot for the harsh comments anyhow.”

AUBREY: Ali I am the exact same way!! I eat everything in my house! I ♥ food. but can’t gain a lb.

AUBREY: Same here girl! The night before last I made a HUGE breakfast for dinner ate like all of it. Then remembered I was suppose ot have dinner at my sister’s house so went over there and had taco night… My boyfriend felt like a jerk cause he couldn’t eat anymore but I still ate like 4 tacos 😛

Aubrey also addressed critics who believe she could afford to have the surgery because she must have made lots of money from MTV for being on 16 and Pregnant and the Where Are They Now? special by writing, “I really ♥ how everyone thinks we get paid so much for being on MTV. #whatabunchofbullshit.” Of course Aubrey can’t reveal exactly how much she received for being on the shows due to contractual obligations, but numerous reports have suggested the amount is between $5,000 and $10,000 combined for mom and dad for being on 16 and Pregnant. (I have no idea about the Where Are They Now? special, although I assume it is much less.)

To be honest, I was a big fan of Aubrey after seeing her 16 and Pregnant episode – I thought she was smart, funny and strong-willed. But, I also have to be honest and say that she really seemed to be looking to “stir the pot” with her shenanigans on the Where Are They Now? special. She has said many times that MTV edited out most all of the footage of her and Austin, but I don’t think she can be too upset about it because what producer wouldn’t have gone with drunken girl-on-girl kissing and stripper talk instead?

I get the impression that Aubrey thinks the whole 16 and Pregnant fame thing is silly and she was kind of having fun with it, which then came around and bit her on the ass when the stuff she did didn’t really come off as “cool” at all. I still believe she is someone that would be fun to sit down and have lunch with, and I really don’t think she’s as wild as she looked on the special. But (another but), she did look wild and a bit irresponsible on the show and she’s going to have to deal with the negative responses from fans (especially the mothers) for a some time.

Either way, hang in there Aubrey! Keep taking care of little Austin and do what you can to have that surgical procedure done! 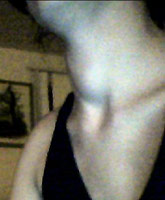 Meet 16 and Pregnant’s Ashley Salazar in person… and win a cheetah print coat!