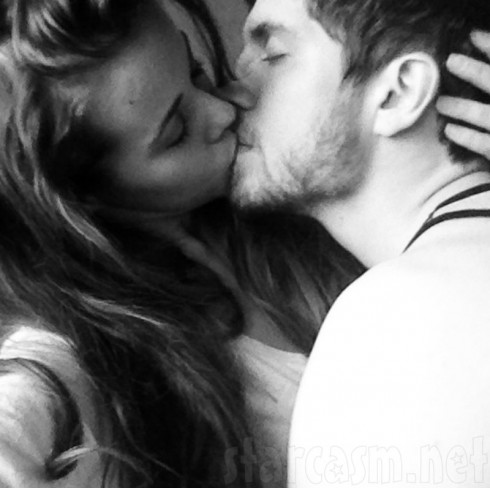 Jessa Seewald and Ben Seewald may have kept their first kiss private, but they’ve since gotten comfortable enough to share their smooching with the world.

The bride was the first to take some time out from her honeymoon to share the top picture on Instagram today. She added, “It’s great living life with your best friend!” Ben basically repeated the same thing on Facebook when he shared the picture one hour later. (Specifically, “It’s great sharing life with your best friend! I love you, Jessa Seewald!”)

The lovebirds are practicing their kissing an undisclosed vacation destination, but previously came up for air to make two very different shootouts: Ben reminded people to “vote pro-life first” on Facebook yesterday and Jessa provided a sneak peek at her wedding pictures via Instagram. (We originally had it posted, but Jessa deleted the picture. We aren’t sharing the screenshot in case there was a certain restriction on why she couldn’t share it.)

The pair isn’t due to return to home in Arkansas until right before Thanksgiving.