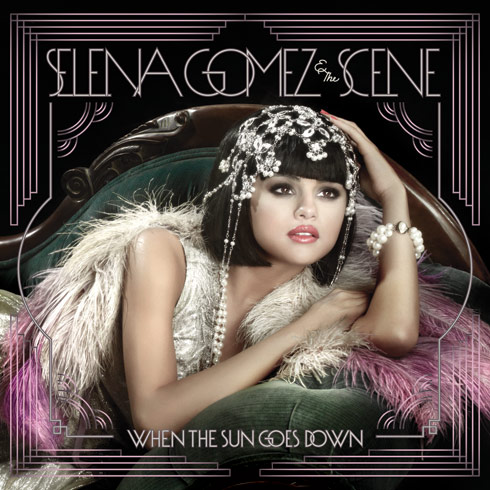 Selena Gomez and the Scene’s new album When the Sun Goes Down is set to be released June 28th and the young singer treated her Twitter fans with a sneak peek photo of the album cover earlier today with the caption, “I wanted to be the first to give ya’ll a sneak peek of my upcoming album cover for #WhentheSunGoesDown out June 28!” (Click image to enlarge)

The album cover features an ethereally retro-stylized Selena in a feathery outfit on a vintage sofa wearing a pear and diamond headpiece. The old school glam portrait is matched by the purple and gray lines and font that form an elaborate frame. The result is sultry and mature (but still playful) without being vulgar or crass.

Here’s the first single from the album titled “Who Says:”

Selena Gomez and the Scene’s “We Own the Night Tour” kicks off in Costa Mesa, California on July 24 and runs through September.