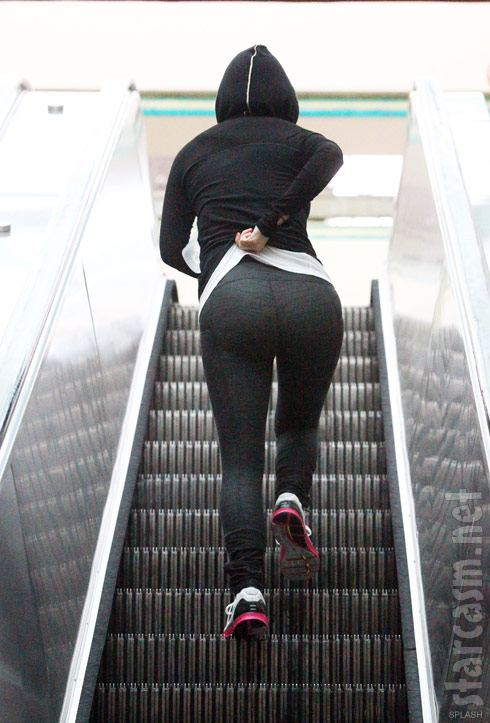 Kim Kardashian’s star may be falling, but her most glorious asset is on the rise thanks to a Sherman Oaks escalator! The reality starlet had just completed a workout at the gym when she was snapped by the badonkarazzi in the midst of the tide-altering display of gravity-defying heavenly bodiness above.

(I didn’t think anyone would ever knock Paris Hilton out of the top slot in my all time favorite candid celebrity escalator shots, but this may have me reconsidering…)

Just in case you were wondering, Kimmy K looked great coming and going, as evidenced by this photo of the north end of a northbound Kim: 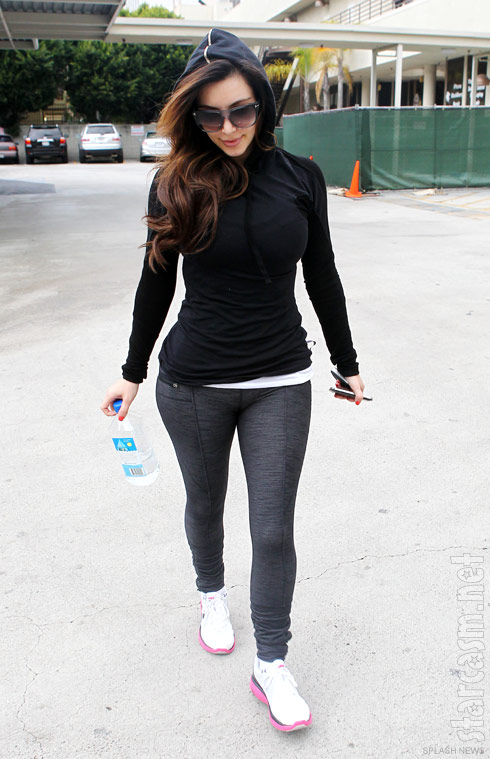 Lawd have mercy that’s a lot of curves! And speaking of curves, Kim through one to the media this weekend when she was spotted out having lunch with her NFL ex-boyfriend, Reggie Bush! According to TMZ the two were spotted being quite chummy at the Beverly Hills Hotel with sources telling the site they have been spending A LOT of time together recently. But “it’s unclear if it’s a full-on reconciliation,” the site says.