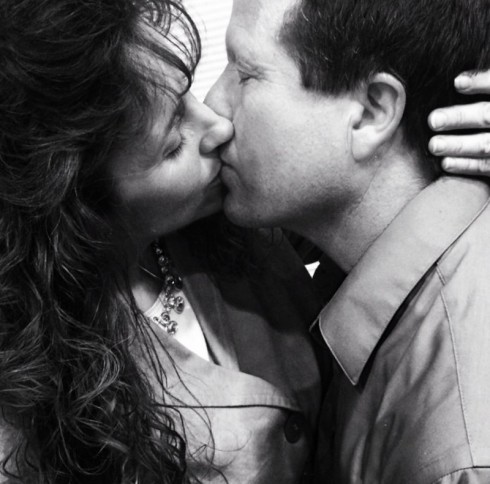 If you glanced at that photo and thought it was Jessa Seewald’s kissing picture from last week, look again!

“My parents texted me this picture,” Jessa said of the photo she received from Jim Bob and Michelle Duggar while she was away on her honeymoon. “This year marks 30 years of marriage, and they’re still in that ‘honeymoon’ stage! It’s great to see older married couples still so madly in love! I love you Mom & Dad!” 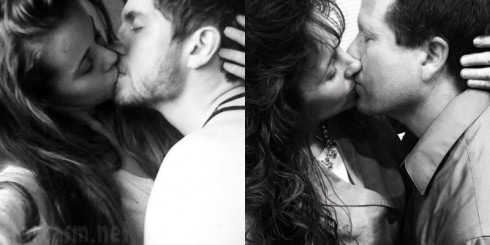 Earlier in the weekend, Josh Duggar and his bride of six years, Anna Duggar, got in on the new trend by saying they’re “still newlyweds,” too. (Apparently Jessa and Ben are spending part of their extended honeymoon with her older brother!)

If you want to stage your own #DuggarKiss for social media, all you need is the ability to hold a camera while kissing, a willing partner and a black and white filter.

Are the Duggars pitching a show about counseling sex abuse victims?