Following the release of a police report detailing sexual molestation accusations made against him as a teenager, 19 Kids and Counting‘s Josh Duggar confirmed the report was true and said he has resigned from the Family Research Council — but asked for understanding from the family’s fans:

“Twelve years ago, as a young teenager, I acted inexcusably for which I am extremely sorry and deeply regret. I hurt others, including my family and close friends,” Josh, now 27, told People. He continued:

I confessed this to my parents who took several steps to help me address the situation. We spoke with the authorities where I confessed my wrongdoing, and my parents arranged for me and those affected by my actions to receive counseling. I understood that if I continued down this wrong road that I would end up ruining my life.

Wife Anna Duggar said in her own statement that she learned of the incidents before they married and believes Josh is truly a changed person. 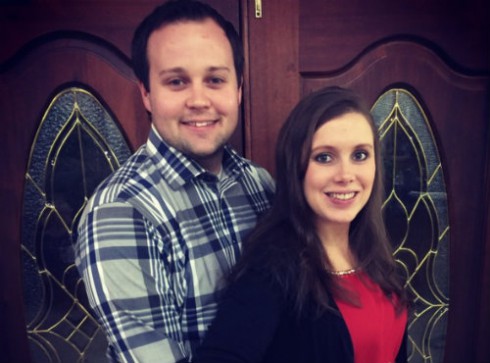 “I can imagine the shock many of you are going through reading this. I remember feeling that same shock,” she said, explaining Josh told her of his “past teenage mistakes” two years later, in 2006. “I was surprised at his openness and humility and at the same time didn’t know why he was sharing it. For Josh, he wanted not just me but my parents to know who he really was–even every difficult past mistakes.”

Anna and Josh both credited God and counseling for helping him “change the direction of his life,” as Anna put it. She added, “[I know] who Josh really is – someone who had gone down a wrong path and had humbled himself before God and those whom he had offended.”

In a joint statement, Jim Bob and Michelle Duggar said the “dark and difficult time” caused the whole family to learn and grow:

Even though we would never choose to go through something so terrible, each one of our family members drew closer to God. We pray that as people watch our lives they see that we are not a perfect family,” they said. “We hope somehow the story of our journey – the good times and the difficult times – cause you to see the kindness of God and learn that He can bring you through anything.

In the 2006 police report unsealed this week, five victims — allegedly including some of Josh’s sisters — accused Josh of fondling their breasts and genitals. In March 2003, one year after Jim Bob Duggar first learned of the accusations, the family sent Josh to “Christian treatment” under the advice of church elders. Speaking in 2006, the victims said he seemed changed after returning home, even though at least one said she didn’t entirely trust him.

TLC has declined to comment on whether the report will influence the future of 19 Kids and Counting.

Joy Duggar and Austin Forsyth are on courting fire ???