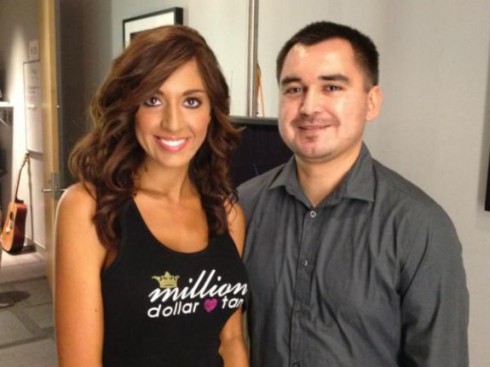 Farrah Abraham appeared on Ryan Seacrest’s morning show earlier this morning to chat about the Teen Mom series finale which airs next week on MTV. While on the show, Farrah revealed some surprising news including the big reveal of her new boyfriend. That’s right, Farrah’s got a man and she plans on holding on to this one!

Farrah had gone on a date back in June with one of the staffers on Ryan’s show, John Parra, and the two really hit it off. Farrah tells Ryan that they have been talking “like every day for two months.” In fact, things are going so good that Farrah is even crashing at his place with her daughter Sophia while she’s in Los Angeles to promote the series finale of Teen Mom. 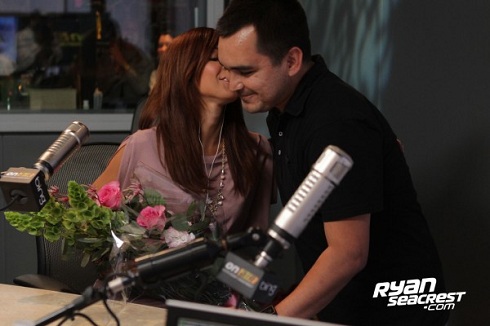 Last night, Farrah and John went out for sushi in Chino Hills. “It was like a sleepover,” Farrah told Ryan. “He has an awesome family and they’re super fun.” (I’m assuming that means Farrah didn’t drop another “lone bird” bomb.) Farrah also revealed that when they woke up, they found a huge mess in John’s refrigerator, courtesy of Sophia.

On top of her new relationship, Farrah announced another big change — she moved back to Omaha, Nebraska, with her family. After more than a year in Miami, Farrah has returned to her roots. However, now that she’s in a relationship with John, could a Los Angeles move be in her future? It’s a possibility but it would be difficult for her to manage her restaurant in Omaha! During a recent Ustream chat, Farrah revealed plans to open F & S (which stands for Farrah & Sophia) in the city “soon.” No word on an exact date or location. (Any Omaha locals wanna help us out?)

Farrah also hinted at a possible reality show comeback — something we initially reported on back in March. She told Ryan, “Cameras will probably still be in my life moving forward, but I’m just happy that I get to show the older side of me now.”

For more of Farrah Abraham, tune in to the final episode of Teen Mom this Tuesday night at 10/9c.