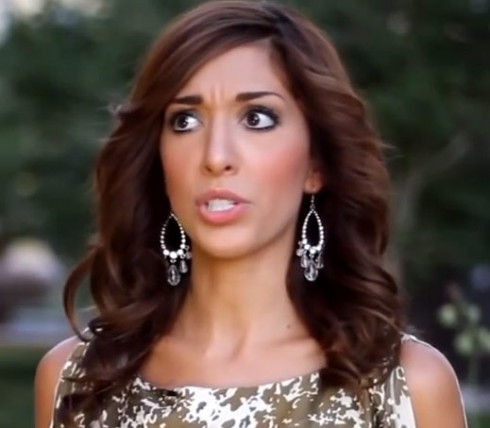 Farrah recently sat down, actually she stood up, with VLADTV to answer a few questions including her thoughts on fame and what she would do if Sophia wanted to do reality TV (I guess they meant if it were actually Sophia’s choice):

How did being on TV change your life?

For myself I’ve never really been about fame or attention from the television and the people who see me on it. Realizing how much attention I actually get and how much it impacted my life, you know, being on magazines, going out getting to do club appearances and those things and public speaking, I think that was a really big deal and I had no idea for myself being on TV that it would lead to those things. So it was pretty crazy how everything ended up.

If your daughter wanted to get into reality TV what advice would you give her?

Now in our lives, we are very choosy about reality television and what we do. I think if there’s no real educational impact or showing advocacy for something then I don’t really think it’s a good thing to be a part of.

Farrah has revealed that she is filming a new show and was photographed recently around New York City with a camera crew in tow.

Catch the full clip above to get Farrah’s reflections on having lost Sophia’s father, Derek Underwood, at such a young age and how the often-strained relationship with her mom currently stands.