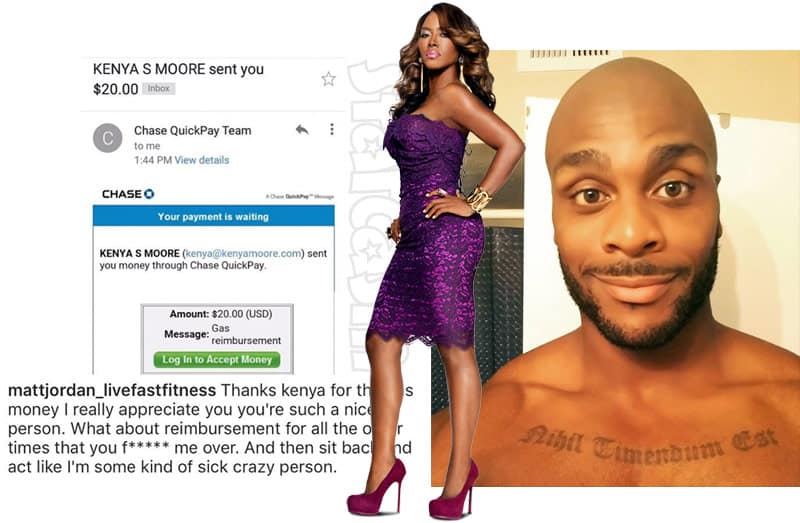 The latest squabble between the two lovebirds came after Matt was apparently left stranded at the airport yesterday because Kenya Moore canceled the ticket she bought for him. Kenya was co-hosting the grand opening of co-star Cynthia Bailey’s ex Peter Thomas’ new Club One in Charlotte, and that’s where Matt was reportedly headed when he discovered he had been grounded by his bae.

#PressPlay Looks like #KenyaMoore and her on and off again boo #MattJordan are back at it again!

“So this is the sh!t that I’m talking about,” Matt begins in the since-deleted Instagram video above. “This is the stuff that you guys’ll say, ‘Oh, you shouldn’t drag her online. you shouldn’t bash her.’ I just got done running through a terminal to catch a flight to the grand opening of Peter’s club in North Carolina, and guess who canceled my ticket? Kenya Moore. Uhhhf. I’m tired of this sh!t.”

Matt continued his gripe session in the video’s description:

Wasted gas driving down here running through the terminal only to find out my ticket was cancelled last minute by yours truly and then when I break something or yell or act in an aggressive manner yall wonder why! I get upset and yall say why am I bashing her online?? #mattjordan #funnystyle.

Kenya must have gotten the message (literally) as she sent Matt $20 for gas money. Matt shared a photo of the receipt (included at the top of this post) and continued to pour the whine. “Thanks kenya for the gas money I really appreciate you,” Matt wrote, adding “you’re such a nice person. What about reimbursement for all the other times that you f***** me over. And then sit back and act like I’m some kind of sick crazy person.”

Matt further exercised his Instagriping muscles in the comments section:

Always talking about I need help I need therapy I need this no I need respect and a woman that knows how to treat me with such I’m p!ssed

I’ve been put out moved and manipulated countless times since the beginning, if I even so much as raise my voice she pretends like I’m getting ready to kill her. this woman is incapable of treating people appropriately I’m not a materialistic man but I am a man of respect

Matt posted a photo of the Charlotte skyline at one point, so perhaps he decided to drive to the event? Either way, his complaining twirled on:

Make no mistakes, it was never about the money just a constant inconvenience that comes from a woman I supposed to have my back!! I wasted a year-and-a-half Running towards a woman that I thought loved me only to find out it was only to make scenes for television. kenya You can try to take the moral High Ground and play passive aggressive for the audience.I get myself in trouble because I’m so passionate and I get so upset when I am mistreated by somebody that was supposed to love and protect me as I have done from day one. The truth will come out it will be evident to everyone. If anyone needed to be protected it was me from you, I’ve been drug for the last year-and-a-half by your manipulation… so yes I’m p!ssed off.

After a bit of an “are you done yet?” pause, Kenya Moore took to Instagram to offer her response to Matt as well as her response to those who were judging her based on his remarks. Here’s the text graphic she share followed by her statement: 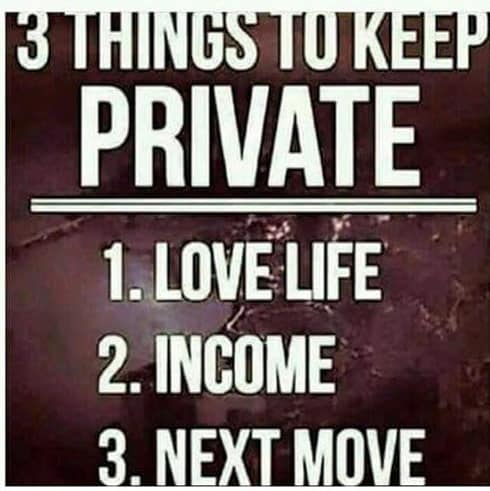 I get paid well to share my life on TV. But when I care about someone, I protect them even when I may need protection from them.

I’m not going to fight on social media. That’s what kids do.

Love me or hate me, I don’t care if I’m 100 and single I’ll never settle for any man just to say I have one.

Ladies: A man can make you a wife, or woman now for that matter, but a man can never validate you.

And life twirls on…