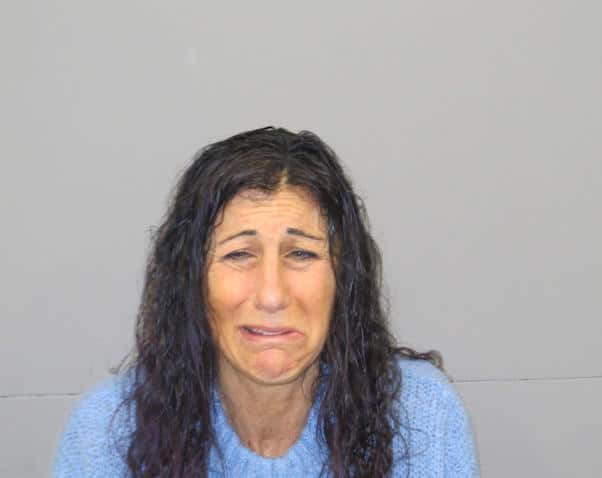 A Massachusetts woman dubbed the Parking Lot Pooper for doing exactly that has been caught and arrested. 51-year-old Andrea Grocer, of Ashland MA, was caught mid-bowel movement outside her preferred venue: the parking lot of the Natick Outdoor Store. (And yes, I know we already covered this story in the links post, but it’s a Friday and this was too ridiculous not to look into.)

It seems that the Parking Lot Pooper struck eight times between this week — Grocer was caught on Wednesday — and the beginning of her crime spree in early December. Accordingly, she’s been charged with eight counts of wanton destruction of public property — or, as The Blemish put it, of “vile defilement.” Authorities still have no idea what drove Grocer to become the Parking Lot Pooper, or why she chose that particular store’s parking lot for her public toilet. But one thing is abundantly clear: the manager of the store is glad no one is pooping in his parking lot anymore.

Owner Henry Kanner told the Metro West Daily News “I’m so happy they arrested her. I have no idea who she is. This has been ongoing. She has defecated quite often over here. There’s nothing more disgusting coming into your parking lot in the morning and seeing a pile of human excrement.” That is, unless you’ve come into work and found a big pile of human poop *eight times* before getting justice.

Kenner first reported the Parking Lot Pooper last month, before he even knew it was a human doing the pooping. According to Natick Police spokeswoman Lt. Cara Rossi, “At first, [officers] thought it was an animal, but then they noticed toilet paper and other wipes — items animals would not have access to.”

One more detail from the Daily News’ account before we really dive with both hands into the nitty gritty. At Grocer’s arraignment on Wednesday, her lawyer called her a “pillar of the community.” I was going to take this opportunity to make a joke about the structural stability of poop, but instead I think I’ll just remind everyone of the scene in Close Encounters of the Third Kind where Richard Dreyfuss makes a mashed potato sculpture and leave it at that.

Now: Obviously the first story to come to mind with a case like this is the infamous Mad Pooper, the jogger whose shit-and-run crime spree terrorized Colorado a couple of years back. But I submit that there is a key difference here: the Mad Pooper appeared to have a keen awareness of the public cameras recording her every (ahem) movement, always running with his back to the camera lens.

By contrast, the Parking Lot Pooper stayed stationary for far too long, and pressed her luck by sticking with the Natick Outdoor Store instead of spreading her crimes around. Lt. Rossi said that the Natick PD had recently stepped up patrols to try and catch the PLP, since surveillance cameras had captured the act itself, but not Grocer’s face or her license plate. (Plus, the Mad Pooper remains at large. So to speak.)

However, if you can put yourself in Kenner’s shoes for a moment, ask yourself this question: How hard is it to find a pile of in a parking lot? Here’s a side view of the lot of the Natick Outdoor Store, via Google Maps: 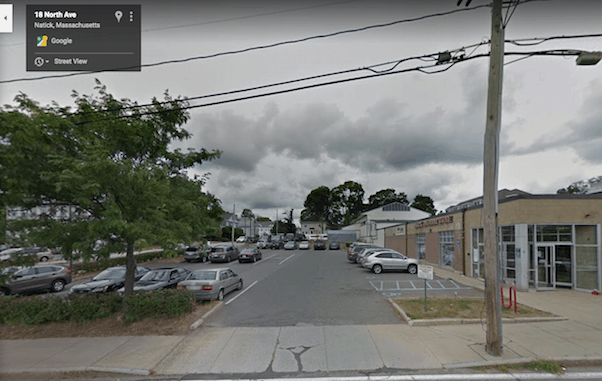 It’s hardly the vast asphalt plain of a big box store. Nor are there really very many places for a would-be pooper to drop trou. So where exactly was Grocer pooping? Did she go in the hedges? Did she leave it right there outside the front door? And how hard was Kenner hunting to find the Parking Lot Pooper’s work? After the third or fourth such instance, did he become just the slightest bit demented, waking up earlier, sitting outside the store in his car on his days off, just waiting for the slightest tremor of movement? And now that this iteration of the Parking Lot Pooper has been caught, will anyone else in east-central Massachusetts pick up her fallen cape and cowl, adding a bit of senseless disorder to daily life like the hockey pad-wearing citizens pretending to be Batman at the beginning of The Dark Knight?

We have a fair bit of time to speculate: Grocer will be back in court on March 2.