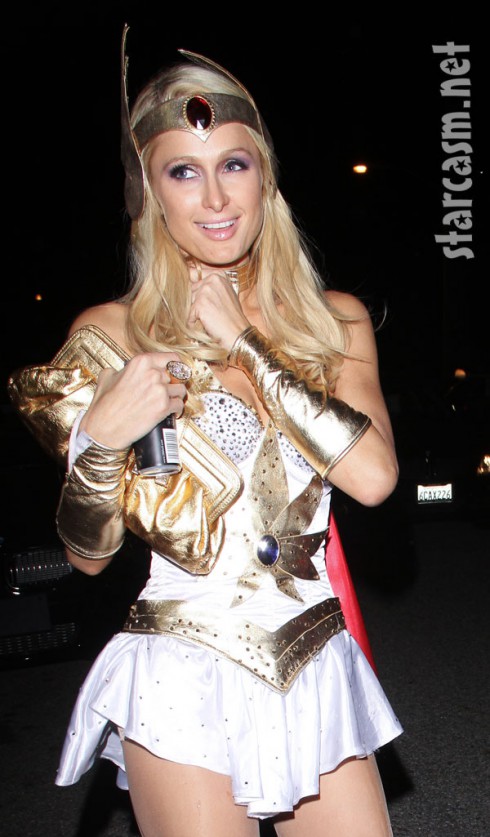 Paris Hilton dressed as She-Ra for a Halloween party! This is one of the best costumes eva!

She-Ra, (who is He-Man’s sister) is the essence of girl power excellent combined with pop star sexiness. She gets her super powers from a sword, and has a secret birthright. Girls raised in the ’80s (like me and Paris) understand the full awesomeness of this costume.

I never watched much of the cartoon because we didn’t get it on my rural television, but I had the dolls, and to be honest, I played with the villains more often than She-Ra.

My favs were Catra and Entrapa, but my favorite, favorite was a good girl, Mermista, who smelled like Giorgia Armani Acqua Di Gioia before that fragrance even existed You are stealing your fragrances from Mattel, Armani! : )

Here’s the real She-Ra. Her catchphrase is “I have the power!”: 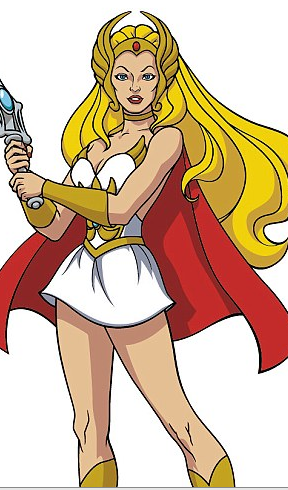 Now that the entire series is out in boxset, I should probably catch up on it. Good job, Paris.

Love and Hip Hop Atlanta: Scrapp and Tia Becca get back together in time for her alleged sex tape scandal