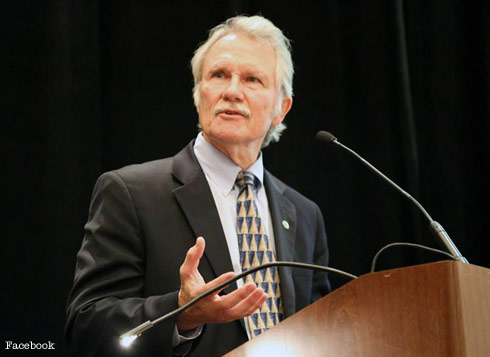 The fine folks from the great state of Oregon have a reason to feel a little extra pride about being Oregonians as it’s been revealed that their elected leader, Governor John Kitzhaber, reacted to an emergency scene yesterday possibly saving a woman’s life.

The Gov. was on his way to dinner yesterday in Portland when he witnessed from his ride “someone along the edge of the street who seemed to be attempting to resuscitate a woman.” Kitzhaber, a former emergency room doctor, ordered his driver to stop, jumped out of the vehicle and rushed to the woman’s aid where he immediately began administering CPR.

As he did this, he directed one of his state police security guards to dial 911, according to the Oregonian. One of the paramedics who responded was Alan Ferschweiler, president of the Portland Firefighters Association, and he stated that the woman “had possibly overdosed.”

“It was pretty neat to see the governor back on and going back to work. He was surprisingly calm, and you could see he went right back to the days where he was an emergency room doctor. To go and assist the governor and take over this patient from him is pretty surprising. It definitely took us off-guard.”

Kitzhaber is running for what would be a historic fourth term as governor. This incident wasn’t the first while in office in which his professional training has come in handy. A few years back during a debate he rushed to assist a man who was suffering a seizure. He’s also performed emergency aid a handful of times at the state Capitol.

The woman, who has remained unnamed, was taken to a nearby hospital and is expected to survive.

Did Edwin Valero try to kill his wife Jennifer Viera before?