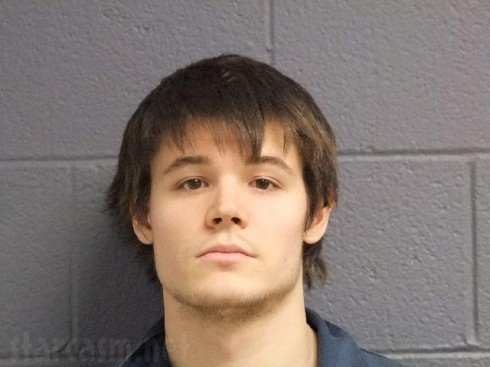 We exclusively revealed today that 16 & Pregnant Season 2 star Nikkole Paulun is currently ten weeks pregnant with her second child. As we pointed out in the post, the child is apparently not Josh Drummonds’, the father of Nikkole’s son Lyle, although Nikkole and Josh were engaged just a few months ago. The two broke up after Nikkole was caught cheating (with her new baby’s father) and Josh doesn’t even know about the new pregnancy because he’s currently in jail, and has been for a couple months. So what was he arrested for?

Nikkole updated fans on Josh’s most recent incarceration a couple months ago on Sulia, writing:

JOSH’S UPDATE! — (With Josh’s approval) Josh wants his followers to know he messed up. He’s facing 3 years… in prison on multiple counts. He has a trespassing count (from my moms house(SUPER long story)), an assualt & battery(Josh’s friend), a domestic violence(me), escaping & eluding the police (2 counts), and another assualt & battery. With these felonies he could be facing 3 years in prison but he is hoping that he will be able to be accepted for a boot camp program where he will only be gone for 3 months. The reason all of this happened is a long story that we’ve decided to not share with the public yet but he wants everyone to know it was a mistake & he plans on getting his life right back on track.

Doing some research online I found records for Joshua indicating he was sentenced on January 17, 2013 for “Police Officer – Assault/Resist/Obstruct” which carries a minimum sentence of 2 years 4 months and maximum sentence of 4 years. Under “conviction type” it says “plea,” so it could be that Josh accepted a plea bargain that resulted in the dropping of the other charges Nikkole lists above. As far as the charge he was sentenced for, it is described on the Michigan state website this way:

…an individual who assaults, batters, wounds, resists, obstructs, opposes, or endangers a person who the individual knows or has reason to know is performing his or her duties is guilty of a felony punishable by imprisonment for not more than 2 years or a fine of not more than $2,000.00, or both.

Josh has a history of drug problems and had previously served time for forgery and larceny in 2011.

Nikkole opened up about her troubled history with Josh in a lengthy heartfelt blog post back in April of 2011.