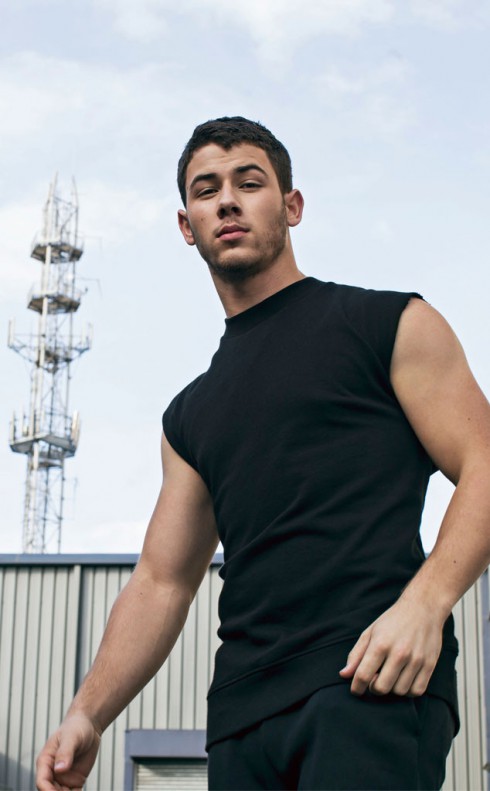 Nick Jonas has come quite a long way from his “True Love Waits” days. In the new edition of Attitude Magazine, the former Disney star shows his stance on sex has evolved through the years.

“Sex is such an important part of a healthy life, in the sense that it’s such an intrinsic part of who you are,” said Nick, who has some very NSFW scenes in DirecTV’s Kingdom. “When your sex life is not healthy, you resort to other things as an outlet. And in terms of the show, that’s tough to watch.”

Nick, who is dating former Miss USA Olivia Culpo, added he’s learned a lot about himself since the Jonas Brothers’ heyday. (And since he promoted the True Love Waits campaign by wearing a purity ring.)

“I think I put more pressure on myself than I should have. I wasn’t enjoying the moments as much as I could’ve,” Nick, 22, admitted. “So this time around, at the core, I’ve told myself to enjoy the ride and have fun with it, and don’t stress over the little things.”

He also wants fans to “enjoy the ride and have fun with it” when listening to his new music.

“There are songs on my record that I want people to have sex to, and songs people can listen to when they’re pissed off,” he told Flaunt Magazine earlier this fall. “And I think that’s the beautiful thing about music: that in those moments, you hear it and it elevates the scenario.”