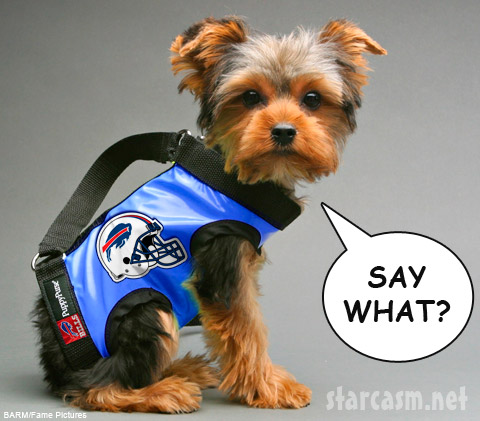 I got bamboozled! Radaronline pulled the ol’ scoop-and-switch! The site claimed to have an exclusive source in the Bills organization that said Michael Vick would be signing on with the team. So what did I do? Of course I went and put a bunch of effort into Photoshopping a blank lime green puppy purse into a Buffalo Bills outfit only to find out the site’s story had changed by the time I was done! Grrrrrr! I even had a some links to future worst-selling Bills merchandise online like leashes, dog collars and dog tags. Meh. I guess I could have held off and swapped out the puppy outfits when he signed with another team – I just felt really bad for the little feller. He was excited to get this opportunity to be an internet superstar and I just couldn’t break his little heart! Plus, there’s no guarantee any NFL team will sign the controversial Michael Convick so little Billie (that’s what I call him) might never get his shot at fame!

Here’s the official retraction by radaronline: “UPDATE: Although Vick was hoping to sign with the Bills, the team now says they have no interest in him. Vick is moving on to talk with other teams.”

(NOTE TO SELF – If radaronline has an exclusive based on a mysterious source, either be really quick or really patient.) They’ve since removed the story from their front page, but at least have the decency to keep the page active with an apologetic “update.” 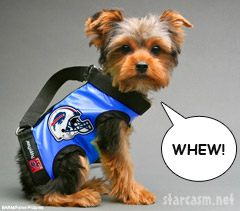 On a side note that has nothing to do with the NFL or Michael Vick, other than it also involves a felony and a dog, I did a face palm when this obvious result turned up in my “Buffalo Bills dog” google images search: 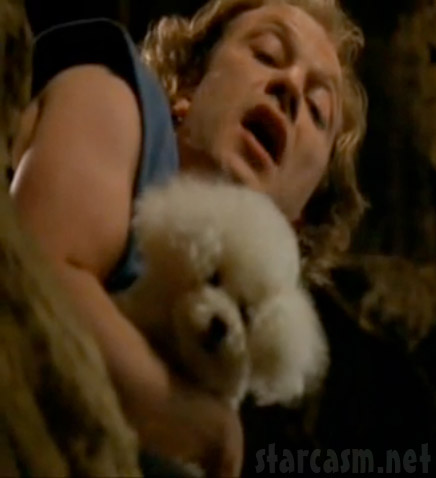