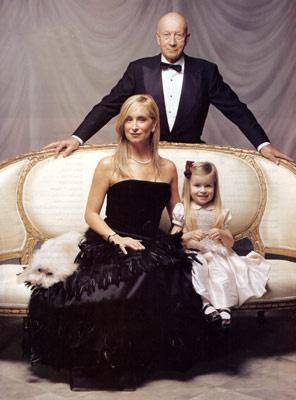 The newest Real Housewife of New York Sonja Tremont Morgan has a direct style and a posh background: she was once married to John Adams Morgan, a great-great grandson of the American Gilded Age financier John Pierpont Morgan (aka J.P. on the street). Sonja’s ex is also a great-great-great grandson of John Adams on his mother Catherine’s side. The heavy stench of history must have been great in that house, but the money must have run like water.

Sonja met John Adams Morgan while she was working at San Pietro, an Italian restaurant in Manhattan, and later talked him up at a cocktail party. Originally from Albany, NY, she was a hostess at San Pietro who became well known by tycoons and bankers for her beauty and social savvy. Essentially, she wasn’t just a hostess, she was a public relations guru for her restaurant.

The socialite-in-the-making married Morgan, and had a daughter, Quincy, with him. They separated in 2006, around the time they were financing a movie, Fast Flash to Bang Time, with Hannibal Pictures that was supposed to star John Travolta through her company Sonja Productions. Sonja never paid the promise money to back the film, and now they’ve won a $7 million lawsuit against her. She claimed she backed out of the project because she was served with divorce papers. Although her divorce was finalized in 2008, many still report that Sandra is still married to the tycoon descendant. 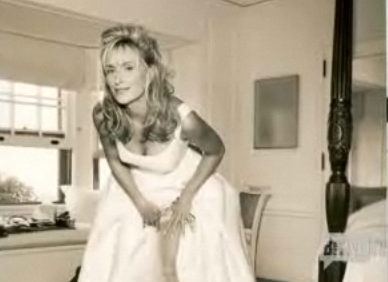 In case you’re not impressed yet, here’s the rundown on JP: he was at once time arguably the most powerful man in the United States both because of the ways he acquired and used his enormous amount of wealth. Though a million dollars isn’t a great deal anymore, a billion dollars still talks in 2010. Now, imagine if someone had over a billion dollars in 1900. JP Morgan did.

J.P. Morgan, who became a banker in 1857 and owned his owned his own company: JP Morgan & Company by 1893, influenced the way business was done in American around the turn of the century. He made waves by taking over floundering businesses and turning them around by restructuring and changing management styles, a reorganization process that then became known as “Morganization.” This has had a profound impact on the way business was done in the U.S. and globally ever since.

The powerful banker also helped save the U.S. economy twice. In 1895, the U.S. Treasury was running out of gold (this was back when we were still on the gold standard), and J.P. Morgan helped the US secure the gold they needed through Wall Street, through a private syndicate. Later in the Panic of 1907, after much persuasion, J.P. Morgan personally helped bail out failing New York banks. Sounds familiar doesn’t it?

He later founded the very first billion-dollar company, U.S. Steel, which was capitalized at $1.4 billion dollars.

An avid gemstone collector, he even had one named after him: a mineral that was known as pink beryl until christened with the banker’s name as “Morganite”  in 1911.

UPDATE: Sonja Morgan has filed for bankruptcy, citing almost $20 million in debt, mostly from her failed film venture and the lawsuit attached to that.

UPDATE: Sonja may lose her house because of an unpaid divorce settlement.