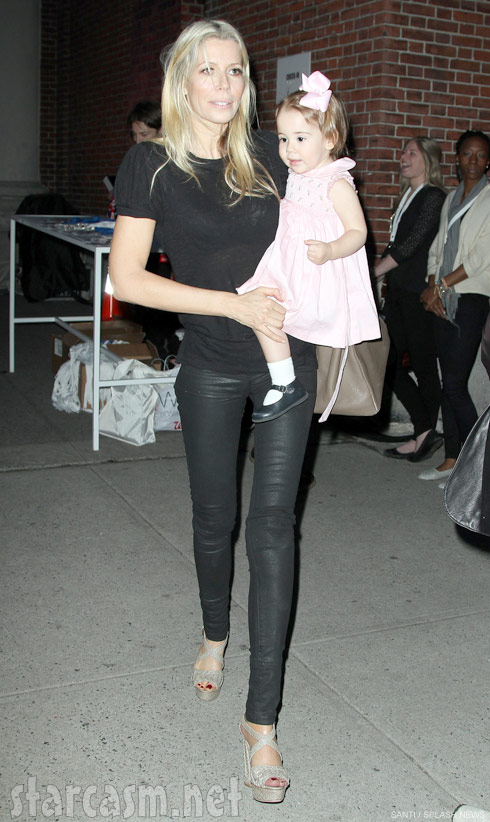 Whenever a new cast member is added to one of Bravo’s Real Housewives franchises there is a “catching up” period in which fans try to piece together her life history prior to appearing on the show. Most of the time that includes things like a modeling career under another name, a mysterious wealthy ex-husband, or even an amazing professional resume – but in the case of The Real Housewives of New York City‘s Aviva Drescher it includes a traumatic childhood accident that resulted in the amputation of her lower leg.

Aviva, who is a cousin-by-marriage of The Nanny star Fran Drescher, talked about the accident with The New York Observer back in December of 2011, explaining that it happened on a farm in upstate New York when she was only six years old.

“It was a genius idea to go ride a conveyor belt in a barn that was meant to remove cow manure,” she said, rolling her eyes.

Rescue workers spent “three hours sawing free my mangled, manure-ridden leg,” she said in another interview. But eventually gangrene set in, and two months later, her left foot and ankle had to be amputated.

On the show, she added the details that she was sleeping over at a friend’s house at the time of the accident, and the young kids thought it was a good idea to sneak out in the morning to ride the conveyor belt. Luckily, one of the other girls turned off the machine before Aviva was more severely hurt, or even lost her life.

To add insult to her injury, it was later revealed Aviva would have been better off if doctors had amputated a little higher up on her leg than they did. “The problem was, as a child, they only amputated several inches above ankle, so the amputation was very awkward. I’d get abrasions all the time. I constantly had infections,” she explains. “When I was growing, I’d have to get a new prosthesis every six months.”

In 1997, at the age of 26, Aviva Drescher made the difficult decision to have have an additional portion of her leg removed.

Here are some photos of her prosthetic from The Real Housewives of New York City Season 5 preview trailer in which Ramona hounds Aviva with questions like, “Can you wear open-toed shoes? Can you wear sandals? Do you have fake toes?” (It was mentioned in a couple interviews that Aviva’s injury was to her left leg, so I am assuming the scene in the trailer is a reflection in a mirror.)

UPDATE – You can see more photos of Aviva’s artificial legs (yes, she has two – one for flats and one for high heels) here, as well as lots of fascinating details about them like how much they cost, how quickly Aviva can switch them out, and how much weight Aviva can gain or lose before they won’t fit any more! 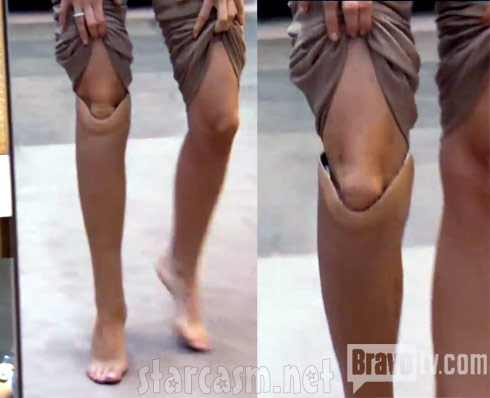 But all of this has done little to hamper Aviva. “Being an amputee was not, and has never been, a dominating factor in my life,” she affirms. “I have not allowed wearing a prosthesis to define me. I am lucky to wear a prosthesis. I could have died and I am thankful to be alive, while many others don’t get that second chance. In no way should losing a limb ruin anyone’s life. Amputees can do anything anyone else can.”

She continues by explaining she “recognizes what I have overcome and feel a moral responsibility to help others. Wearing a prosthesis to me is what it feels like for others to put on a pair of glasses. If I can transfer this ease to other amputees, than I have successfully given back. Through my foundation [One Step Ahead] I can help other people, especially kids, to lead normal lives. I am grateful to live such a fulfilling life with 4 amazing children and an incredible and devoted husband.”

Aviva currently serves as spokesperson for One Step Ahead Foundation, a “not-for-profit organization dedicated to giving children with physical disabilities positive experiences through sports to build confidence, courage, and friendship, increase self-esteem, and create a better sense of self-worth all while giving them a positive experience they will use throughout the rest of their lives. This foundation will especially focus on children with limb loss and provide them with the means to participate in various athletics.”

Additionally, Aviva serves on the advisory board of Fran Drescher’s nonprofit organization CancerSchmancer. She is also the full-time mother of four children (Harrison, 10, Veronica, 9, Hudson, 4, and Sienna, 1.) with husband, investment banker Reid Drescher: 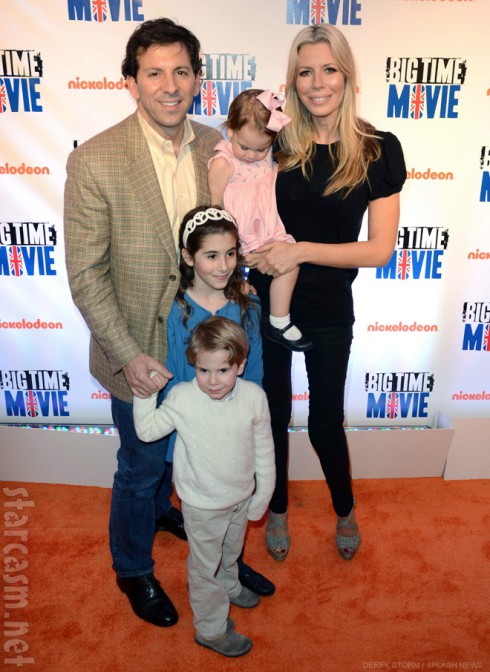 (I believe it is oldest son Harrison absent from the photo above.)

Oh, and did I mention Aviva has a propensity for doling out great one-liners? And great motivational words of wisdom as well! “Be honest and enjoy life! It is short,” Aviva says. “Don’t sweat the small stuff and don’t be petty because most of it is all nonsense. Never worry what other people think of you; otherwise you will be always unhappy. In order to succeed, know what you want and stay focused on attaining that goal. The race is with yourself.”

I was like lots of other RHONYC fans in that I was getting a bit tired of the same ol’ over-the-top cat fighting, but I have to confess I’m getting pretty excited to see Aviva Drescher this season!