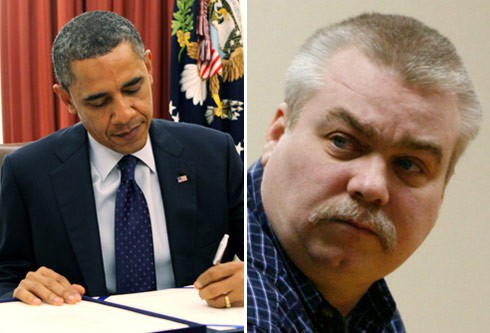 The Netflix documentary series Making a Murderer has become so omnipresent that even the White House has weighed in.

Enough people became convinced of the innocence of Steven Avery and Brendan Dassey that they filed a petition requesting that President Obama pardon the suspects. The request filed on December 20 quickly garnered the 100,000 signatures required to receive a White House response.

Here’s part of the official response:

Thank you for signing a We the People petition on the Teresa Halbach murder case, currently featured on the “Making a Murderer” documentary series. We appreciate your interest in this case.

To best respond to your petition, we should go over what exactly presidential pardoning power entails.

The U.S. Constitution grants the power of clemency to the President:

“The President … shall have Power to Grant Reprieves and Pardons for Offenses against the United States.”

Since Steven Avery and Brendan Dassey are both state prisoners, the President cannot pardon them. A pardon in this case would need to be issued at the state level by the appropriate authorities.

While this case is out of the Administration’s purview, President Obama is committed to restoring the sense of fairness at the heart of our justice system. That’s why he has granted 184 commutations total — more than the last five presidents combined — and has issued 66 pardons over his time in office.

While the case will continue to be fought in the court of public opinion, the door is closed for any Presidential intervention.