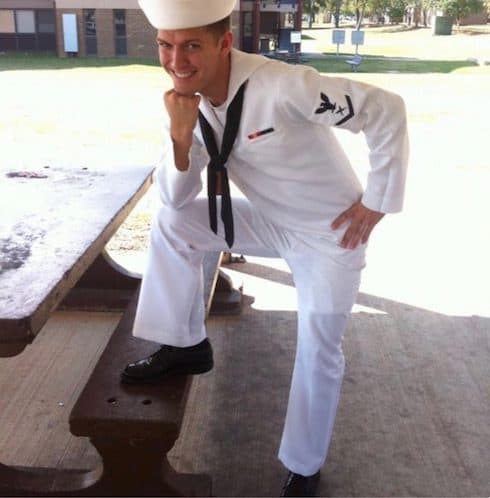 CELEBITCHY – A Navy vet’s mom went viral on Twitter after she claimed her son would never date the “radical feminists” who support the #MeToo movement. Then her son went viral-er after he joined Twitter specifically to contradict his mother, say he in fact supports #MeToo, and also has a bunch of cats

THE BLEMISH – Sophie Turner and Masie Williams from Game of Thrones grew close filming the show over the years in part by smoking up and taking baths together. Honestly, I wish I had more friendships that worked like this

DLISTED – It seems Ben Affleck really is feeling a lot better post-rehab (or a lot worse?). Shauna Sexton, the 22-year-old Playboy model with whom Affleck jetted off to Montana after he completed his stint, is no longer Affleck’s official bounce-back sexy friend

THE BLAST – Kevin Hart’s former business partner is suing him for $1.8 million, claiming that Hart never followed through on their fee for an endorsement deal they got Hart back in 2015

REALITY TEA – According to RHONJ star Danielle Staub, she and her almost-ex husband Marty Caffrey are still living together partially because “it seems like he enjoys [drama] in his life”

VOX – If you’re one of the millions of Americans who takes vitamin D supplaments, you’re probably not getting out of it what you expected to. Here’s why you should maybe stop taking it altogether

LAINEY GOSSIP – Did Timothee Chalamet just appear out of nowhere to become everybody’s hot new it-boy, or do I spend too much time on reality TV gossip and not enough time on movie star gossip? Regardless, here he is in a red Louis Vuitton suit, talking about Greta Gerwig’s Little Women remake

THE ASHLEY’S REALITY ROUNDUP – Christmas Abbott of Big Brother 19 just gave birth to her first child, congrats! Also, she gave her son a rather unusual name — probably good unusual and not bad unusual

LINKS! ‘Us’ reviews rolling in, ‘Once Upon A Time In Hollywood’ gets a meh, ‘Stranger Things 3’ coming soon…