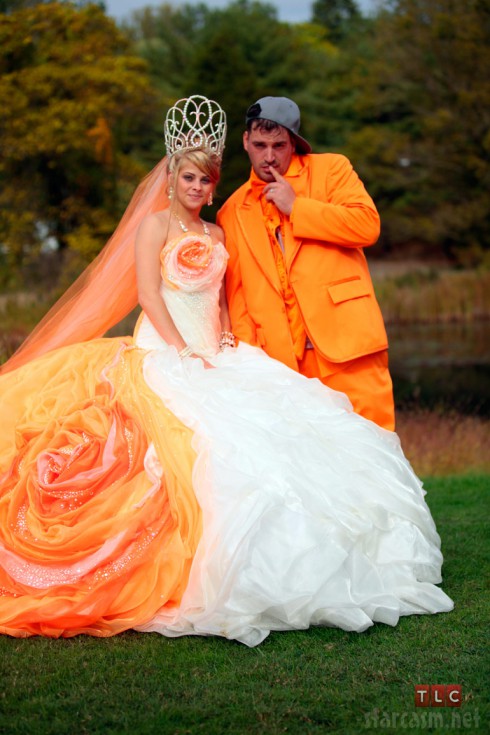 Get your #MBFAGW hashtags ready because the brazen and bodaciously blinged-out brides of TLC’s My Big Fat American Gypsy Wedding are coming back for a third season of venue-trashin’, gorge-bashin’ and over-the-top fashion on Thursday, April 3 at 9/8c!

Here is the first extended preview trailer for the third season followed by the official press release from TLC with details about the new season and a collection of jaw-dropping “Caption This” screen caps from the trailer including numerous creations by the Donatella Versace of America Gypsy wear, Sondra Celli: 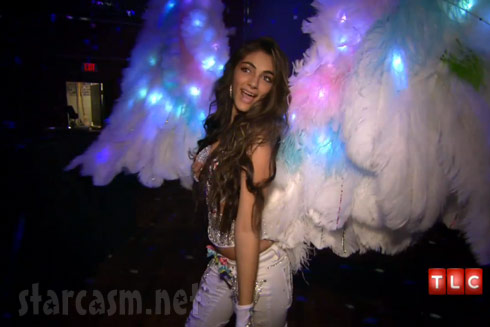 TLC returns to the hidden world of American Gypsies – and their customs, culture, and celebrations – in a new season of MY BIG FAT AMERICAN GYPSY WEDDING. Through eight hour-long episodes, viewers will go inside this little-known community to follow along as these Gypsies try to put a modern twist on age-old traditions. With family and fashion as the cornerstones of their lives, nothing represents the Gypsy culture like their larger-than-life weddings, which are never predictable, but always outrageous. 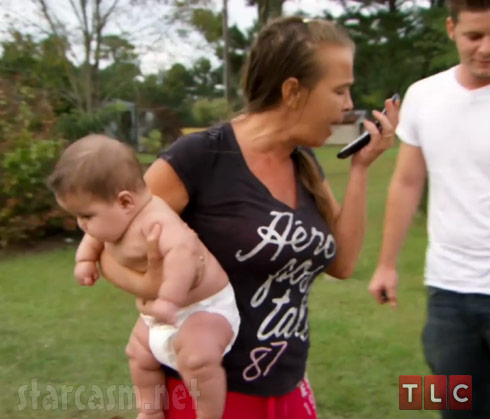 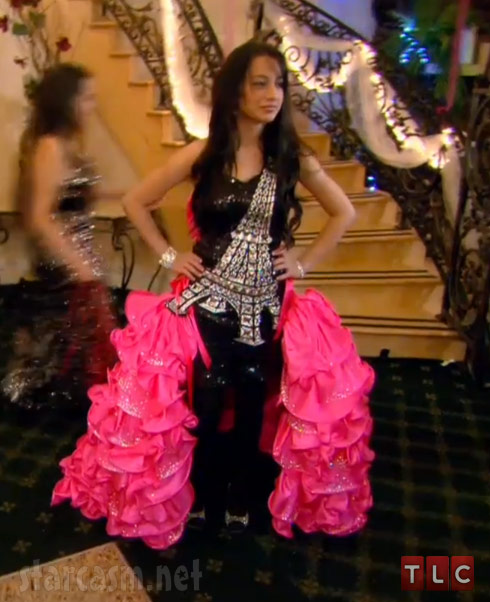 Beyond their wild parties and over-the-top outfits, the series shares the unique stories of ambitious and proud young Gypsies who are looking to blend their passions and heritage to make a name for themselves outside of their local communities. Also featured is Sondra Celli, the go-to dress designer for the Gypsy community, known for creating custom gowns and adding bling to just about anything to make her client’s dreams come true. 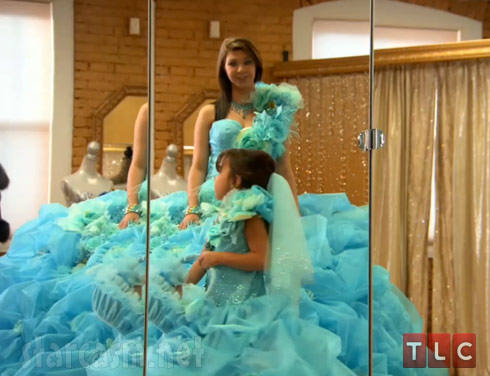 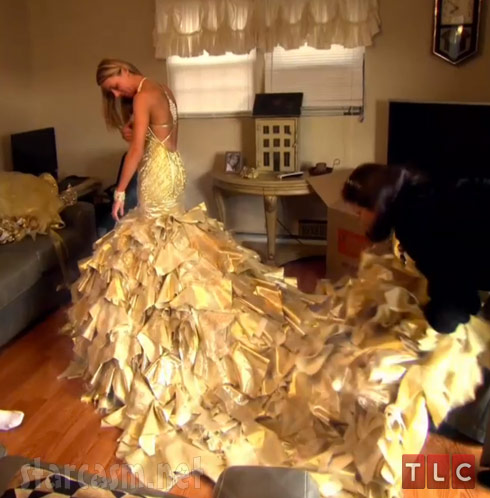 MY BIG FAT AMERICAN GYPSY WEDDING premieres Thursday, April 3 at 9/8c. Ellen K., co-host of the globally syndicated radio program “On-Air with Ryan Seacrest,” and the voice of countless entertainment events, returns as the narrator for the series. 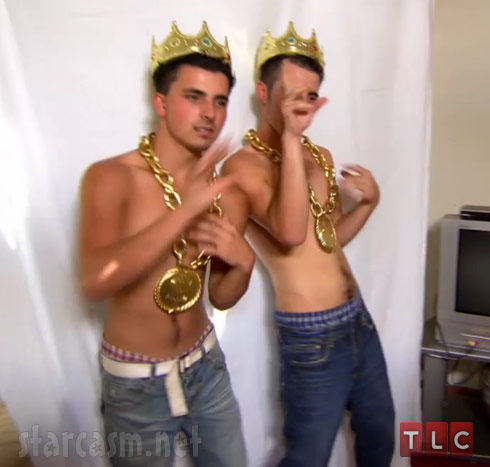 In the premiere episode, viewers meet two star-crossed lovers – a 16 year-old boy, and his 18 year-old fiancé – from feuding Gypsy families. They are determined to marry, despite the fact that their controlling moms try to keep them apart. And, a young Gypsy boy attempts to make Romanichal history by becoming the first Gypsy jiu-jitsu champion. 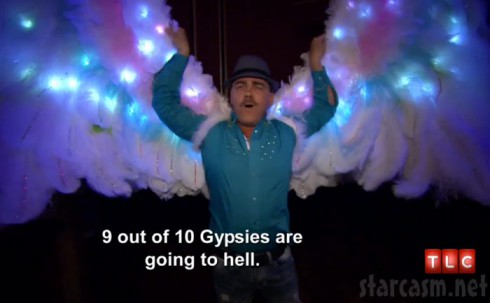 The season also features a double wedding with two Gypsy sisters getting ready to wed their non-Gypsy fiancés, despite their mother’s objections about marrying outside the bloodline; An Irish traveller pursuing his dream of becoming America’s first Gypsy rapper; a young Gypsy couple who has found love online – and plan to meet for the very first time on their wedding day, and a young Romney teen who turns her back on tradition to follow her dreams of becoming the first Gypsy supermodel. And one of the biggest family rivalries – between the Stanleys and the Smalls – comes head to head when two Gypsy teenagers defy all odds for an attempt at a life together. 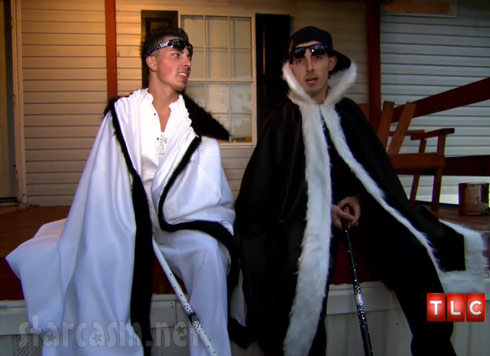 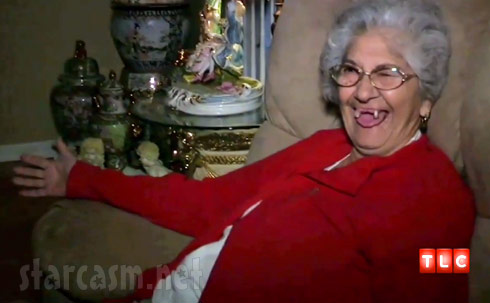 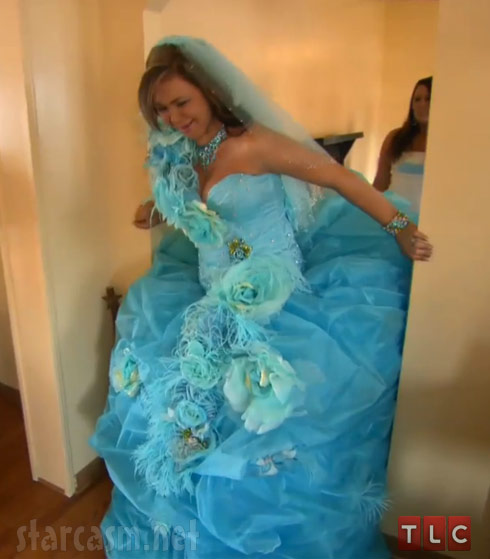 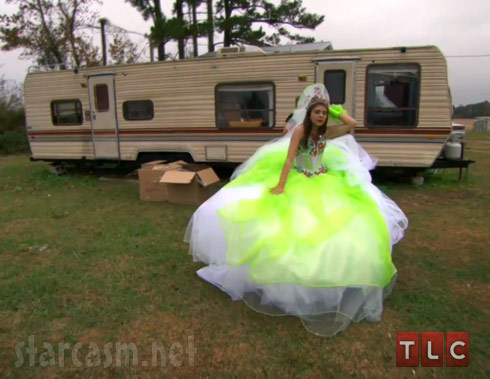