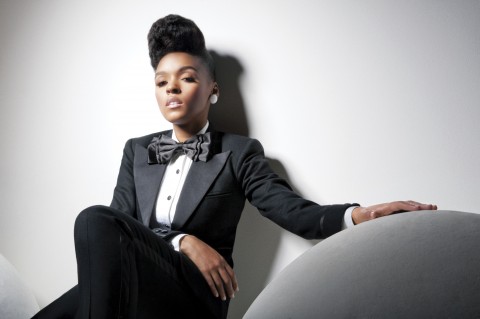 Janelle Monae’s new release The ArchAndroid (Atlantic Record) isn’t just an album, it’s an event, an “emotion picture,” if you will, a journey through time. With it’s extremely wide variety of influence and sounds, it tells an epic story.

All the songs have disperate sounds ranging from classical overtures, to glam rock, funk, 50’s doo-wop, and moody folk, but they flow into each other effortlessly, as if gently taking your hand and moving you along to the next ride. The theme of the album is based on Fritz Lang’s 1927 film Metropolis, an loosely follows the story of Monae’s alter ego, Cindi Mayweather, an android with big dreams.

Given the scope and ambition of the album, it would be easy for it to fall apart, but every song is a pleasure, like a sample box of chocolates. Just lay back and let Monae, who’s style includes a pompadour with ambitions of it’s own, and variations on the tuxedo, transport your through time on her own terms.

ArchAndroid is parts two and three of a four part science fiction concept project (part one is 2008 EP Metropolis: The Chase Suite).

A look back: Dwight Yoakam’s ‘If There Was A Way’ 20 years later