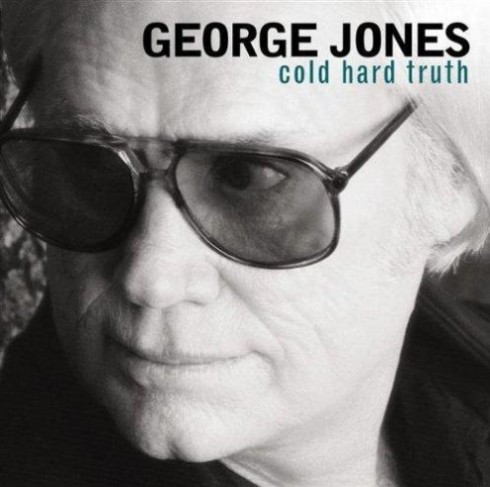 In 1999 George Jones made the decision to return his focus to the traditional country sound that defined his earlier work and made him a living legend with the album Cold Hard Truth. The result was an instant classic and a must have for any Jones record collection.

The viability and killer songs on the 10 track release didn’t go unnoticed as it sold well and earned Jones a CMA nomination for song of the year for the unforgettable lead in “Choices.” This nomination, and a poor decision by the producers of the CMA Awards show, led to one of the most unforgettable moments in live music awards history thanks to one hell of a dedication/protest by Jones’ friend and fellow superstar Alan Jackson.

Jones was invited to perform “Choices,” 1999’s Grammy winner for Best Male Country Vocal Performance, at the CMAs but was told he’d have to cut the song short due to time restraints. In response No Show Jones decided he’d just rather not attend.

Jackson went on stage that night to perform his hit “Pop a Top” but stopped it cold and launched into “Choices.” The crowd erupted with applause understanding the statement in song that Alan was making. When he was done, Jackson simply walked off stage without a word.

“What he did at the CMAs meant more to me than I could ever say. I was watching the show, and when he began singing ‘Choices,’ it moved my wife Nancy and me both to tears. He made a huge statement on my behalf, and on behalf of traditional country music, and didn’t worry about what the consequences might be.”

George’s first album for Asylum follows this devastating table-setter with a great mix of rip your heart out ballads (the title track, “When the Last Curtain Falls”) and honky tonk toe tappers (“Ain’t Love a Lot Like That,” “Sinners and Saints”). There’s no crutch of any duets with other stars and the temptation to have a novelty song is also bypassed.

What results is a complete work that doesn’t allow for let up. The songs selected for the release, led by producer Keith Stegall, are dead on and it’s pretty obvious in hearing them they connected with arguably the greatest country singer of all time.

During Jones’ last few years his incomparable voice waned a bit but it’s as good as it ever was on Cold Hard Truth.

When I found out about Jones’ passing this was the album I went for because it seemed to me that these were the songs and the voice of a man who’d fully lived the cold hard truth that permeates the whole set. I wanted to know what advice George had for me via his art – and this one seemed the best to answer that call.

I opened a cold one, put ‘er on and just about lost it when “Choices” started – then I went ahead and let it all out when the title track played. Lefty Frizzell, mentioned in Jones’ classic “Who’s Gonna Fill Their Shoes,” sang “it just tears me up to see a grown man cry” but I figured Jones had earned that much from me.

This stellar recording from George was all the proof I’ll ever need that he earned that and much, much more.

George Jones was an all-time great and “Cold Hard Truth” is one of his very best.

Making It: A review of Grant Peeples’ Okra and Ecclesiastes

Music Review: Landon Pigg’s “The Boy Who Never” – Plus watch Falling in Love at a Coffee Shop Video