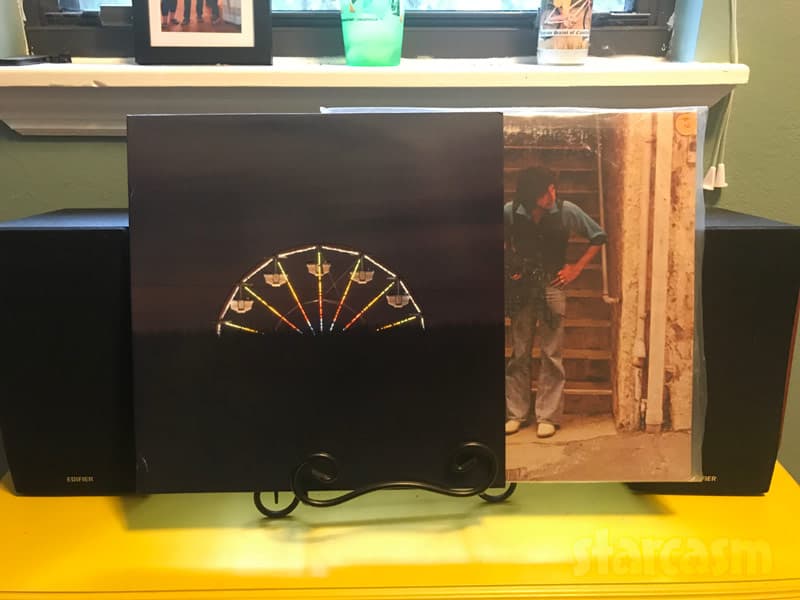 I recently found out that Robbie Fulks, the guy who blew out my brains twenty-plus years ago when I caught him on Austin City Limits, was releasing a passion-project, full-cover, vinyl-only release entitled 16 featuring his take on all the songs from my all-time favorite album, Bob Dylan’s Street Legal. I couldn’t believe it. Now that I’ve had the opportunity to lean into it, I still can’t.

The first time I encountered Street Legal I was a teenager visiting my brother’s college dorm room. He and his roommate had contracted Bob fever and ordered a bunch of his CDs from Columbia House. For those not old enough to remember, you used to be able to mail order 10 compact discs for a penny with an agreement to pay later on future selections.

The only one that came back in a long box was this 1978 oft-maligned release with a cover image of a very ’70s Dylan at the foot of some stairs peering down the road. It called to me then, and in the years since, it’s called to me untold times with the promise of my most dependable source of invigorating mystery.

The sound and the tenor and the songwriting for this record were all from far afield. It’s as if there was a third unnamed observer from All Along the Watchtower who already knew the fates of the joker and the priest, and this clandestine observer later left us all this puzzle, years later, that could explain everything if deciphered. Street Legal hints at feudal apocrypha, border usurpers, and celestial elevation. Bob’s singing is immediate, up front, and desperate, and the band and the backup singers are in the moment.

As for the prospects of a cover? The integrity of Fulks’ career gave me zero hesitation. Also, there was just something that somehow made perfect sense cosmically about this recording event that simultaneously seemed impossible. My anticipation only intensified after Robbie wrote about the motivations behind 16:

The idea was to approach a memorized object from youth from the vantage point of middle-age with its attendant perspectives and with the musical tools of someone who had spent the intervening 40 years in the profession of music. It’s LP-only because LPs tend to sound best, and I wanted to make at least one 100% no-compromise recorded project while I’m around. With that in mind I permitted myself an open-ended budget, using large casts for some songs, remixing, hiring a relatively expensive masterer and pressing plant, spending years (five of them) not months on the process, and doing all the work on my own as opposed to having a label’s support and help.

Haven’t twittered in a while so thought I’d repeat the news that my new double-LP “16” is out via my site and Bloodshot’s. For fans of: Bob Dylan, Robbie Fulks

I was obviously predisposed to want to love this but it became apparent just seconds in that if it wasn’t great I wouldn’t. So let there be no misconstruing of what I’m talking about, 16 stands on its own, the different roads taken and the wide range of vistas explored sonically separate this album from its source material while still being plugged into the same mesmerizing musical mystery. I can hear Fulks’ reverence for Street Legal and his drive to want to produce his own definitive piece.

“New Pony” gargles and roars, “No Time to Think” doubles down on the minstrel vibes, “Baby, Stop Crying” grooves, and “Where Are You Tonight? (Journey Through Dark Heat)” is from another world.

I’m grateful for the courage of his convictions to do this and do it right. It’s a gift for me to get to experience something so carefully crafted that is centered around my most intimate artistic reference point.

Passing The Car Test: A review of “Superhighway” by The New 76ers