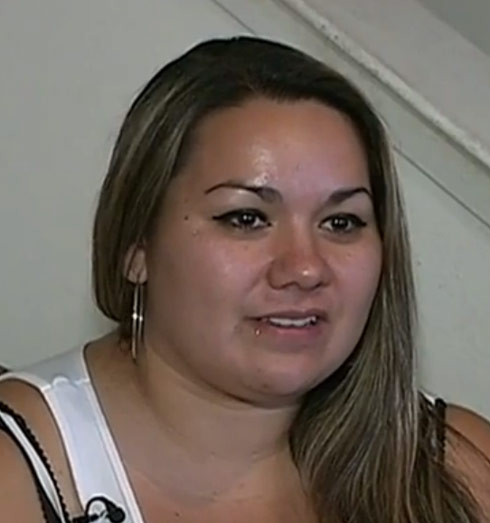 On Wednesday Melissa Torrez of Albuquerque, New Mexico lived through a parent’s nightmare after her 4-year-old daughter was abducted from in front of her home.

Police say David Jesus Hernandez, 31, got out of his car and grabbed the little girl while she was walking her bike into the apartment complex where the family lives. A group of teenagers witnessed the kidnapping and rushed to tell Torrez that someone had taken her child.

Melissa grabbed her car keys and phone without hesitation, caught up with the vehicle and started a high-speed chase. While tailing the other car she dialed 911. During the entire ordeal, Torrez stated that she wouldn’t allow herself to cry because she wanted to maintain focus in recovering her daughter safe and sound.

Recalling her daughter’s account of what transpired Torrez said, “She told me that he grabbed her by her arms, her wrists, threw her in the car and told her to stay there and to be quiet.”

Eventually Torrez wound up hitting the suspect’s vehicle. At this time the man fled on foot and Melissa discovered that her daughter was not in the vehicle. She emphasized to KOAT that she didn’t ram the car on purpose out of fear of harming her child, “I could have crashed into him but for the safety of knowing my daughter was in there I didn’t want to injure her.”

Police stated that Hernandez had shoved the girl out of his car moments after he grabbed her because Torrez’s neighbors were yelling at him. After seeing his face on TV, Hernandez turned himself in. While being led away in handcuffs, he told KOAT he was not the man responsible for the abduction in spite of multiple eye-witnesses identifying him and his car.

According to Torrez her daughter was thankfully not physically injured.

Should tasered stepfather have been allowed to try and rescue son in house fire?