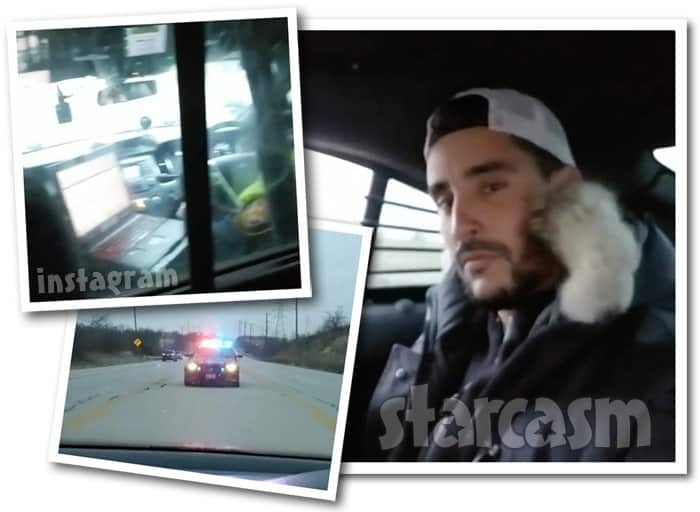 Mohamed Jbali has the 90 Day Fianceverse all in a tizzy after he posted an Instagram video showing himself riding in the back of a police car along with the caption “I got arrested.”

Here’s the clip, which was later posted on Youtube:

Mohamed also added three “rolling on the floor laughing” emoji (???) to his caption, and that combined with common sense tells us Mohamed was just pulling our leg with the clip. The common sense comes in with the fact that Mohamed had a camera (I assume his cell phone) with him — which the police would have taken if he was actually under arrest. Not to mention the fact that Mohamed looks a bit too casual for someone who has been placed under arrest who recently lost his green card and whose immigration status is in limbo after his renewal paperwork got lost in the mail.

My guess is that Mohamed’s car broke down, or he was involved in a minor accident, or something else that would require a brief ride provided by the cops. He saw the opportunity to have some fun with his followers (and the media) and he took advantage of it.

UPDATE – Yep, that was pretty much it. Mohamed posted a follow-up video the next day in which he explained everything. “Hello my frenns, hello everybody. I am going to till you about yesterday. I did not get arrested and I was making joke with the people that I know in person. The joke did work, we had a good laugh about it. And what happened exactly was I ran out of gas for like mile away from the gas station and the cop saw me so he just came and gave me a ride. And he was aware that I was filming, so I am out of trouble. OK? But for the people who they are being too sensitive about my post, let me till you this: you don’t need to be in my Instagram if you going to be too sensitive. You have two options: either you unfollow and block me and you will never see anything from me any more. And for the rest of the people, thank you so much for being in my Instagram and following me — I really appreciate that. Hopefully nobody get offended with my post [inaudible?] and I don’t mean any bad intentions. Thank you so much, and have a good holiday. Bye!”

Ol’ Mohamed is getting to be quite the expert at stirring up headlines! Earlier this month he sparked rumors of having his green card renewal application declined by posting a photo of a denial letter on Instagram, but it turned out the denial was just for a replacement green card for the one he lost. Well played Mohamed, well played indeed! (To be honest, it kind of reminds me of the time that Danielle posted that she was pregnant on Facebook just to f**k with the haters.)

And his trolling skills aren’t the only thing getting better — so is his social media making equipment arsenal! Well, if we believe that these photos he recently posted are actually of his equipment: 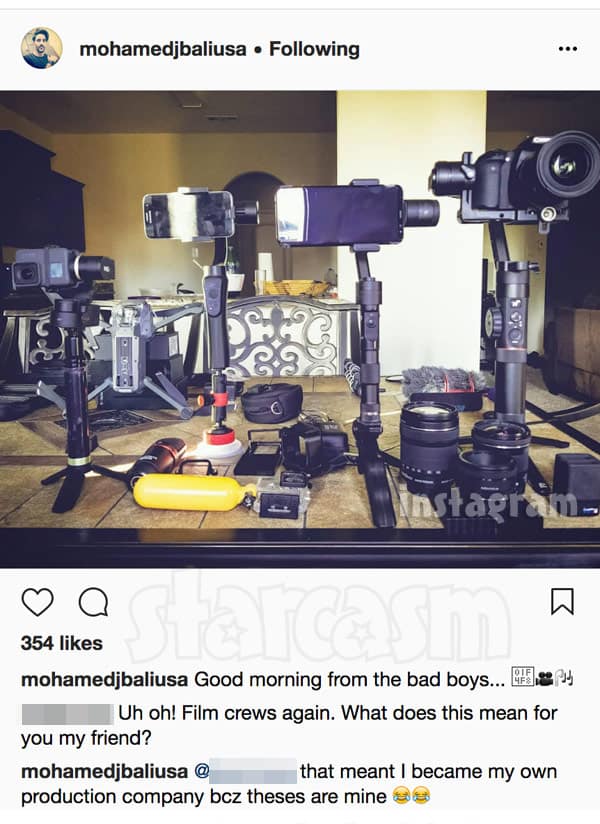 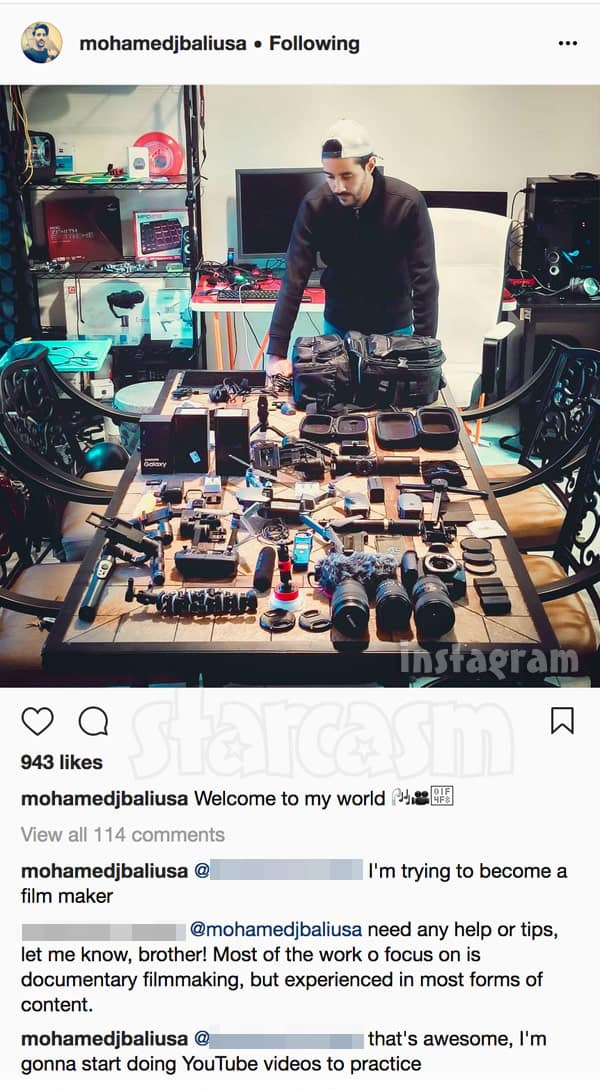 WHOA! Those Happily Ever After paychecks must have been beefy!