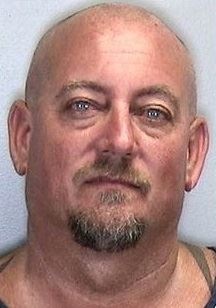 Michael Doster is accused of both domestic battery and murder.

Michael Doster is accused of killing his wife after she caught him cheating on her with another man at a nude beach in Florida.

Doster was arrested for domestic battery, following Pamela Doster’s discovery of her husband an unidentified man performing oral sex on each other.

Said Manatee County Public Information Officer Randy Warren, “Obviously, that can lead to a misunderstanding between a husband and a wife. So this elevated the dispute.”

The Manatee County Sheriff’s Office says after Pamela’s discovery, she and her husband became engaged in an ongoing jet ski argument.

Pamela, who was drunk, attempted to board the jet ski Michael had already mounted. Michael, who was also drunk, reached around, grabbed her by the hair, and pulled her into the water.

This happened four times. The final time, Pamela hit her head on the side of the jet ski, gave up trying, and swam off.

The two had been drinking and naked at Passage Key Beach, an area “popular with boaters [who] like to take their clothes off,” according to Warren. 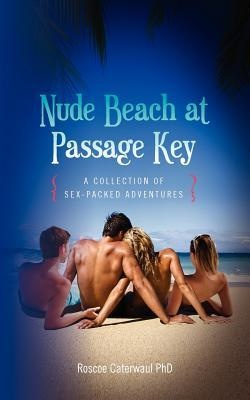 Passage Key Beach is a popular spot for nudity and other activities.

The couple were separated for the rest of the day. Later that night, when Michael couldn’t find her, he called 911. Rescue crews discovered her bruised and naked body on a sandbar, and hospitalized her.

But, the next day, she died.

In the affidavit he swore out to the Manatee County Sheriff’s Department, Michael Doster claimed that the night before her death he couldn’t see his wife in the dark, and called authorities.

When contacted by a local reporter, however, Doster only laughed, and hung up the telephone.

Police are now looking for the other man in Doster’s affair, hoping he will be able to provide new information on the dispute.