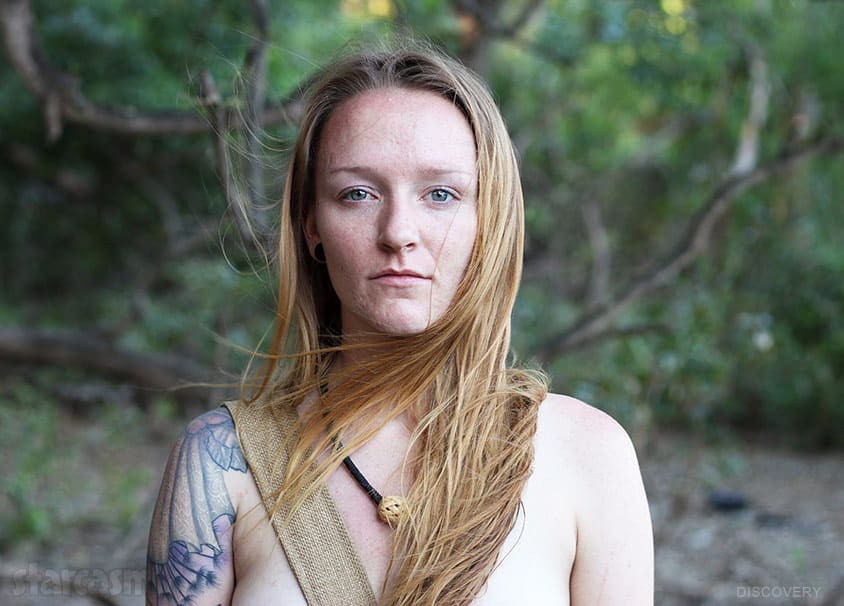 Teen Mom OG star Maci Bookout McKinney revealed the first photo from her upcoming appearance on Naked and Afraid this week, and announced that she would be featured in a preview clip airing during Sunday night’s episode of Naked and Afraid XL: All Stars. That was pretty much all the information we had about Maci’s appearance on the show, but Discovery has since released photos, a preview clip with Maci, a premiere date, and more!

The first thing that needs to be clarified is that this isn’t a “Celebrity Edition” of Naked and Afraid; instead, it’s another of their superfan challenges that viewers have seen in previous seasons. As we were the first to report, Maci will be paired with a 31-year-old ICU nurse from Colorado named Justin Tuell. Maci and Justin will spend 14 days in the jungles of Nicaragua without food, water, shelter, or clothing.

The special superfan episode featuring Maci and Justin is set to air on Sunday, June 24 at 9/8c on Discovery.

The photo at the top of this post is one of the two official promotional photos of Maci shared by Discovery.Hhere is the other: 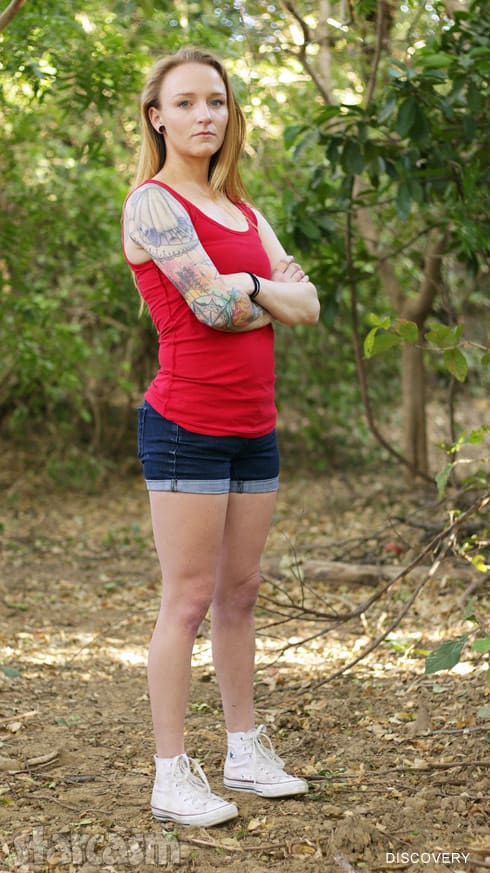 In addition to the photos, Discovery also released a preview clip featuring Maci’s intro that was recorded from her home prior to heading to Nicaragua.

Here’s the clip followed by a full transcript:

MACI: Can you believe it’s happening?

BENTLEY: My mom’s gonna be on Naked and Afraid.

MACI: My name’s Maci and I’m from Chattanooga, Tennessee. I would describe myself as a badass.

[Cuts to Maci showing an array of wood and bamboo sticks.]

MACI: I’ve been a fan of Naked and Afraid for years, and even though I may not be a expert, I’ve been camping multiple times a year my entire life. And this challenge, it is something that I’m dying to do, and I really, really want it.

MACI [to husband Taylor]: Are you going to survive with the babies?

TAYLOR: This is my own survival show, too: Three Kids and Afraid.

MACI: At least you’ll have a couch. And food.

MACI: I was a teen mom. Being a mom prepares you for a situation like this because the motherly instinct kicks in and gives me an edge. 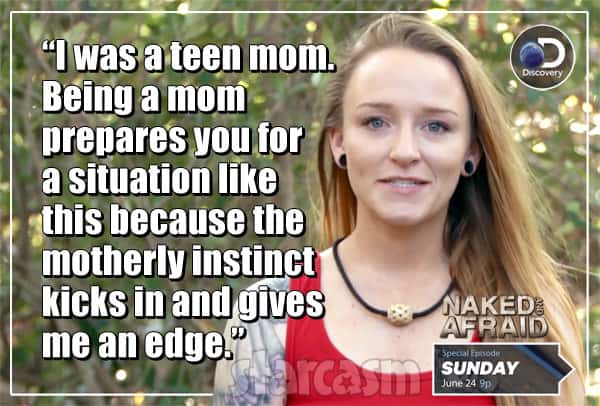 MACI: When I watch the show, one thing that drives me crazy is people quit way too early. Like, they don’t even give themselves a chance. The first sign of distress, they tap out. Like, they’re done.

MACI: I mean, it’s gonna suck for sure, but I’m not gonna quit.

What do you think — does Maci have what it takes to last the full 14 days? Or will she be one of those cast members that she disparages for bailing early? Tune in June 24 to find out!

Are Teen Mom’s Catelynn and Tyler living together? What are their career plans?