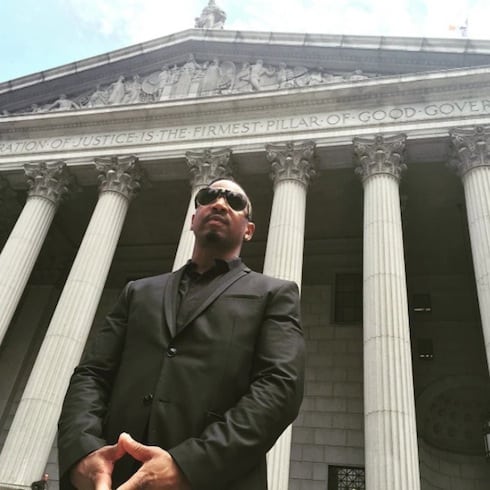 Is Stevie J gay? Rumors abound regarding the Love and Hip Hop Atlanta star, thanks to his ex-wife Joseline Hernandez’s recent, unexpected Twitter rant. Joseline took to Twitter to accuse Stevie of something secretive–either homosexuality or bisexuality–and appeared to back up her claim with the suggestion that she had already taken a lie detector test to verify her claims?!

Before we go any further, it’s worth pointing out that Stevie J and Joseline have hardly been on the best terms of late. The pair have been separated for almost seven months, following a drunken Joseline bleaching out $40,000 of Stevie J’s wardrobe during a jealous rager last winter. Since then, it’s been a constant back-and-forth, with one side accusing the other of infidelity or other shady doins pretty much ever since Stevie J and Joseline: Go Hollywood‘s debut–and the intensity of their spats has only amped up since Love and Hip Hop Atlanta Season 5 premiered. 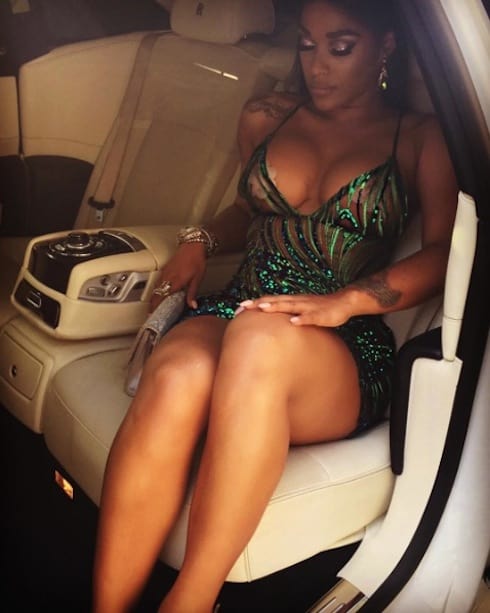 Below, then, are the tweets that Joseline sent out earlier this week: they appear to suggest that Stevie J is guilty of some sort of secret sexual proclivities, though, again, it’s not clear whether Joseline is implying that Stevie is bisexual, or actually gay. It’s also worth pointing out that Joseline’s bisexuality has been out in the open for years; why she would want to try and shame Stevie for the same feelings is anybody’s guess. 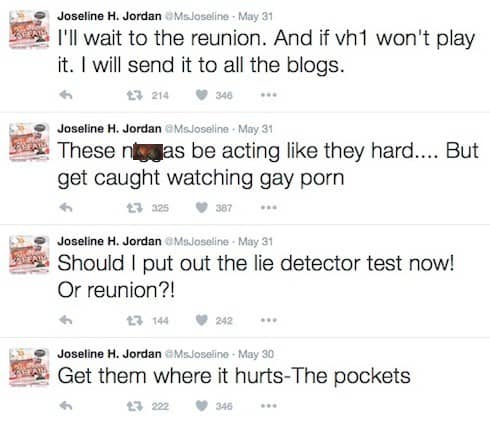 And here’s the supposed Joseline lie detector test–though the image was cut off in her tweet, and the exact details regarding who took the test–and when–remain unclear: 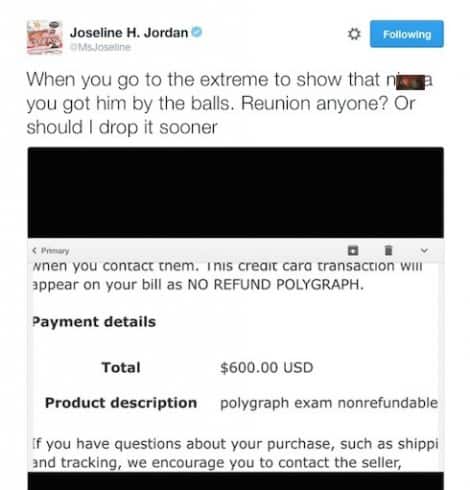 In the meantime, Love and Hip Hop Atlanta Season 5 continues Monday nights at 8 PM on VH1.

RELATED ARTICLES: Are Stevie J and Joseline getting married? Both parties confirm split is likely permanent