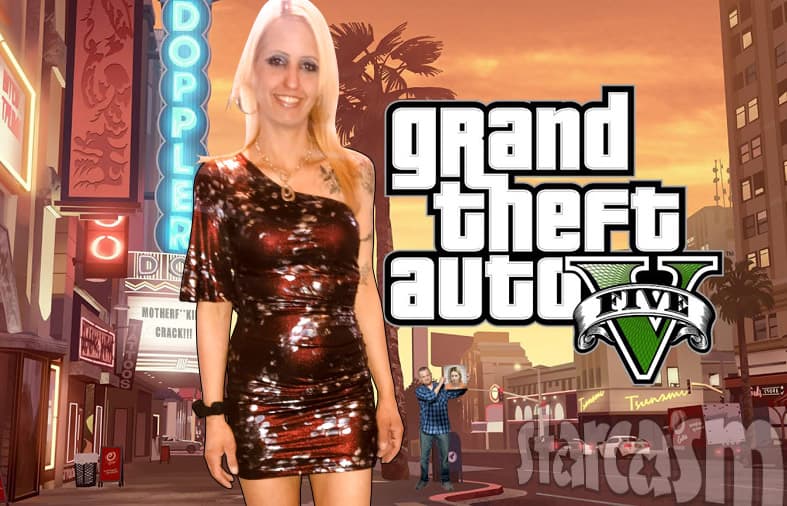 Love After Lockup season 2 couple Tracie and Clint Brady had one of the craziest single-season story arcs in the history of reality television! The two met for the very first time when Tracie was released from prison, and they had a wedding at a Houston saloon the very next day. Within 24 hours, Tracie allegedly went on a “motherf***ing crack” binge and completely disappeared after stealing Clint’s rental car.

Clint would return to Hobbs, New Mexico without his Goddess and without his rental car. Eventually, he got a call letting him know that Tracie had been arrested again. Clint then went to visit Tracie, and he got arrested! (That actually wasn’t on the show for some reason?) Despite all the red flags, and the potential $20,000 bill from the rental car company, Clint stayed true to his Goddess and was there to pick her up (literally thanks to her dramatic weight loss) when a bus dropped her off on the roadside at the Hobbs city limit after her eventual release.

The two appear to be headed for their unlikely happily ever after, including an official Las Vegas wedding, when they return for Love After Lockup: Life After Lockup this Friday at 9/8c.

However, one burning question remains…

What happened to Clint’s rental car?!

Tracie has been asked this question a hundred times or more on social media, and she finally revealed not only what happened to the car, but details about all the events leading up to her and the car’s disappearance!

The story was relayed via text message to @FraudedByTLC on Instagram. Here is the gallery of texts followed by a complete recap:

***EXCLUSIVE*** had a lovely conversation with the one and only #Goddess of #loveafterlockup, @tracie.loveafterlockup and she answered the question we all want to know… WHAT HAPPENED TO THE RENTAL CAR???? Y’all are not going to believe it! Swipe for the full story. (Also can we talk about how healthy Tracie looks??) #lifeafterlockup #loveafterlockupwetv #tracieandclint

Tracie says Clint caught his flight back to Hobbs right after their saloon nuptials, but she remained “cracked out” in Houston. She still had his rental car, but she was getting nervous because she thought it had GPS.

“I’m at a convenience store where this black guy was on a bike,” Tracie continues. “He told me if I gave him a ride to score weed, he would break me off a stone. Of course I believed him.”

The duo score the guy’s weed, and they’re heading back to where the guy’s bike was when he asked Tracie to stop off at a convenience store so he could get a Swisher Sweets for his weed.

The guy tells Tracie that he doesn’t want to go in the store, so he gives Tracie “a few bucks to buy the blunt.” Tracie is quick to point out that she doesn’t even smoke marijuana.

“MY DUMBASS LEAVES THE KEY IN THE CAR,” Tracie says. “I buy the cigar thing and as I’m walking out, this mf moved over to the driver side and started the car. As I’m walking to it, he’s leaving in it. And gone just like that.” She mentions that Clint’s $500 leather jacket was in the backseat.

Tracie says another guy offered his phone to Tracie so that she could call the police to report the vehicle stolen, but the car was rented in Clint’s name “and I was so high out of my mind, I didn’t want to call.”

I told Clint to report it stolen & that would cover it

Tracie says that she and Clint were in Las Vegas and they try to rent a car from another company. The outstanding bill for the Alamo rental shows up in their system, and Clint and Tracie explain that they are making payments. They are told that they will not be able to rent a car until that bill is paid in full.

#LoveAfterLockup Clint was apparently trying to create his own show called #LockupAfterLoveAfterLockup as he was arrested in Texas in June – well after the release of his incarcerated gf Tracie. Get the scoop, plus more spoilers on @WEtv's Bonnie & Clyde! https://t.co/Tz0Ghnz69h

Clint and Tracie hop in an Uber and head to a bank to “cash our Love After Lockup checks” so that they can pay off the full amount and be done with the whole thing.

She says they returned to Hertz and gave them the money they owed to Alamo. (???)

Despite paying the outstanding bill, the couple is informed that they still cannot rent a car. Take it away Tracie:

Well girl… seems they sorta FORGOT to tell us that the car was NEVER brought back or found. It’s still out there!!!! What I don’t understand is why they told us & made us pay late [fees] of 14 days plus but didn’t actually have the car in possession!

So yeah, Clint is blacklisted from any rental car [company because] of me. I figured these places either had a GPS on it (nope) or had insurance for instances of ppl stealing the cars. Well we got f**ked! The bill is payed, but there’s nothing else more we can do. Even have a police report on it. They pretty much said no more rental cars unless the other one is recovered or we pay the car off.

My thoughts… Tracie was careless with the rental car, to say the least — especially since she was probably not listed as a driver in the first place. But, I don’t think she is legally responsible if someone steals the car because she was high and stupid. So I guess that explains why Clint isn’t on the hook for the full amount of the car. And, I’m guessing that they were charged for two weeks of late fees because there was no police report filled out initially?

As far as how they were able to pay off their outstanding debt to Alamo at a Hertz booth in Las Vegas, I can’t really explain that.

As crazy as Clint and Tracie’s story has been so far, viewers have much more headed their way! Love After Lockup: Life after Lockup premieres Friday, June 14 at 9/8c on WE tv!