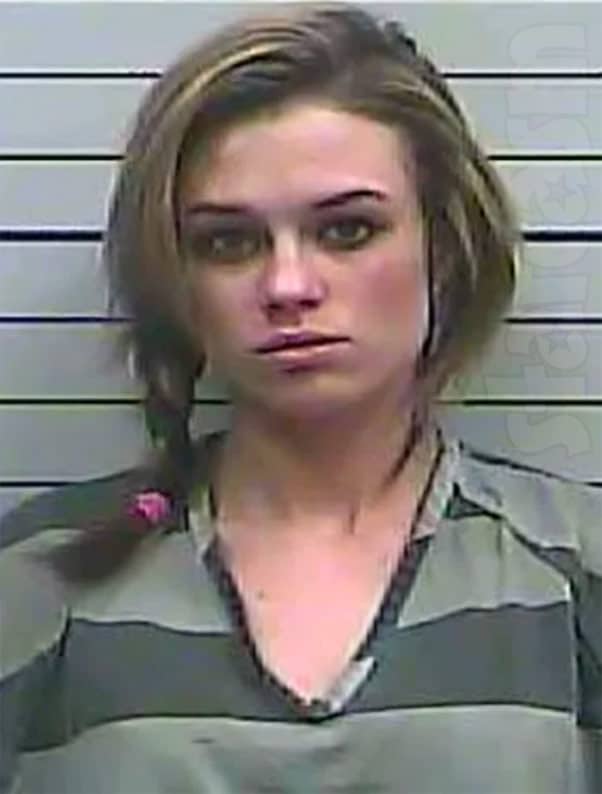 On the new season of Love After Lockup, 51-year-old New England businessman Scott has fallen head over wallet for easy-on-the-eyes 27-year-old inmate Lindsey from Mississippi. Prior to her arrest and convictions, Lindsey was a single mother who apparently liked to live fast — as in REALLY fast.

Scott explains Lindsey’s incarceration in a preview clip (included below). “She was basically speeding. She had a substantial amount of crystal meth in the car and was attempting to outrun the police and was up to 140 miles an hour.”

We all know how reality shows can sometimes stretch the truth a bit, so how accurate was Scott’s description? The information he provided was spot on, including the 140 mph police chase. But, he left out the parts about the firearm and the crash. Oh, and Lindsey’s second meth charge less than three weeks later.

We will start with Lindsey’s high-speed chase. Lindsey Downs was clocked going 65 in a 45 mph zone in Saltillo, Mississippi just after midnight on January 25, 2016.

Saltillo Police Chief Grant Bailey said the officer clocked Lindsey driving a 2015 Hyundai along Highway 145 near Turner Industrial Park Road. “By the time he got turned around, she was already on the four-lane,” said Bailey. “When he caught up to her near the primary school, she was doing 100.”

Instead of pulling over, Lindsey sped up even more in an attempt to get away. She reportedly reached 140 mph before crashing into a ditch inside the city limits of Baldwyn, Mississippi. The officer in pursuit of Lindsey approached the wrecked vehicle and found her unconscious.

During the process of removing Lindsey from the vehicle, the officer found a .380-caliber semiautomatic pistol loaded with several rounds of ammunition strapped to a holster on her person. The firearm was later discovered to have been reported stolen out of Tupelo, Mississippi. The officer also found roughly 93 grams of crystal methamphetamine in the car.

Lindsey was taken to a local hospital for medical treatment, and then to jail. She was able to post bond and was awaiting trial when she got into more legal trouble less than three weeks later.

A Mississippi trooper pulled over a car that Lindsey was a passenger in on February 13, 2016 after the driver did not dim his high beams. From court documents:

The trooper stopped the vehicle and advised the driver of the reason for the stop. The driver acknowledged that his high beams were on and his low beam headlights did not function properly. The trooper identified Lindsey Downs as the passenger in the vehicle. During his interaction with the driver and Downs, the trooper observed what he knew, from his training and experience, to be a glass pipe used for smoking methamphetamine in plain view inside the vehicle. Additionally, when Downs produced her identification, the trooper observed small plastic bags in her purse that he knew to be commonly used to package methamphetamine. He then instructed Downs and the driver to exit the vehicle and, upon searching it, found a pink bag containing approximately 5 ounces of methamphetamine, along with scales and other drug paraphernalia belonging to Downs.

As a result of this incident, Lindsey caught another charge of meth possession with intent to distribute.

Lindsey pleaded guilty to both of the drug charges, as well as the possession of a firearm in relation to a drug trafficking crime. She was sentenced to four years in prison and three years probation.

Here’s a photo of Lindsey with a holstered gun that is included in the WE tv clip below. Lindsey posted a black and white version of the photo on Instagram in September of 2015: 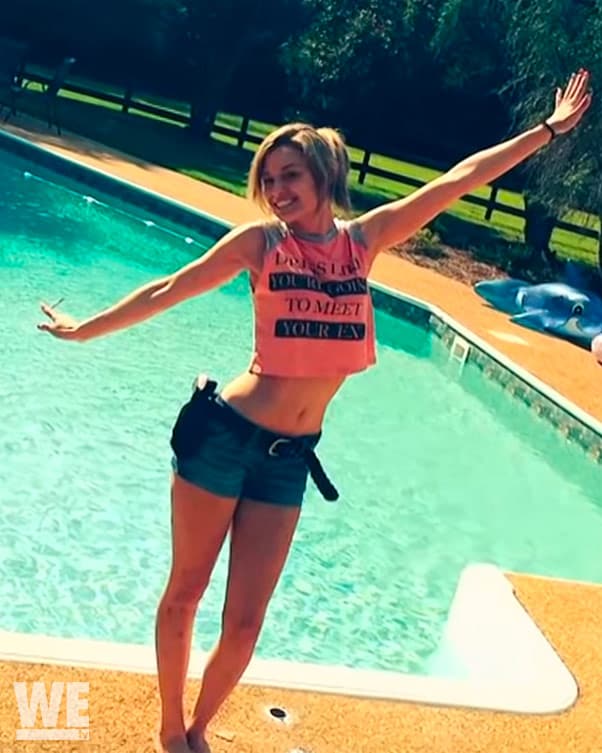 Jail records are a little unclear as to Lindsey’s exact release date, but according to her social media posts, she was released in early April. She tweeted about the Greyhound bus she was riding being awful on April 7, and she hash tagged it as her first day out of prison. The next day she mentioned that she still had to report to a halfway house and get her GPS tracker.

Prior to her meth arrests, Lindsey had another run-in with the law in Tishomingo County in May of 2015 that resulted in this mug shot photo: 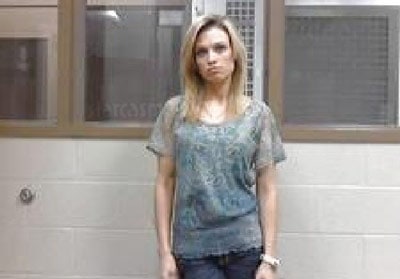 It’s unclear why Lindsey was picked up. Online records only indicate that she was being held for another agency for questioning in an investigation.

Also, Lindsey’s propensity for speeding was apparently nothing new either. In April of 2015 she tweeted a photo of her speedometer reading 102 mph as she thanked her radar detector. Moments later she tweeted that she had another radar save, adding “Whooo!” Less than a year later she would be adding a PS to that. (As in postscript and WHOOOPS!)

So, will Scott be able to slow Lindsey down with a relatively quiet married life, or will her need for speed and adventure make their relationship a no go? See how Lindsey and Scott’s romance plays out, including Lindsey reunion with her ten-year-old daughter Mylie, when Love After Lockup returns Friday, July 17 at 9/8c on WE tv!

Until then, here is the introductory clip for Scott and Lindsey:

And the first 12 minutes of the Season Premiere, including Scott and Lindsey:

LOVE AFTER LOCKUP Lizzie offered cops sex & $10k to get out of her 5th DUI, arrested for 6th before hearing