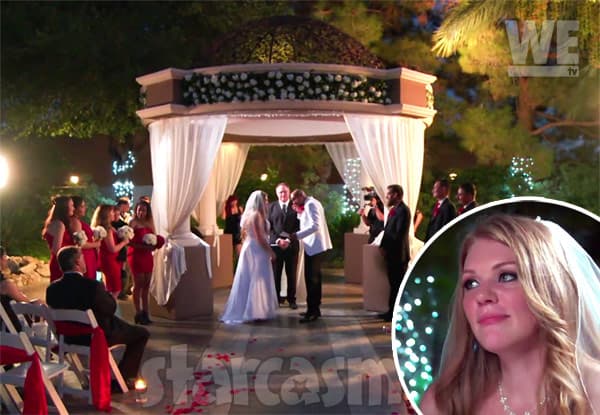 In numerous preview clips for the current season of Love After Lockup, viewers get to see a sneak peek at Marcelino and Brittany’s wedding, which took place in Las Vegas in August of last year. We exclusively revealed that the couple didn’t officially get married until late December, and at the time we were unable to figure out why the marriage was delayed. But now we know the reason!

First, let me set the stage a bit with an excerpt from our previous post:

I do not know for sure what happened, but I am going to go out on a limb with my “educated” guess. The wedding preview clip cuts off after the preacher asks those gathered if there is any reason that Marcelino and Brittany should not be wed. WE tv’s willingness to give away the very fact of the wedding, combined with that cut off, has me thinking that there WAS a reason that these two should not be married — and my guess is that one of them was technically still married.

Unfortunately, divorce records aren’t as easy to research as marriage records, so I haven’t been able to find any confirmation of my theory in the form of a finalized divorce for Marcelino and/or Brittany after their August wedding.

As it turns out, my instincts were right but my detective methodology was wrong. Marcelino was married at the time of his and Brittany’s wedding, but I could find no divorce records because there are no divorce records. That’s because he got an annulment!

According to court records, Marcelino applied for an annulment in June of 2018, two months prior to his wedding with Brittany. Perhaps the couple thought the annulment process would be over in two months, but that was not the case. The annulment was eventually granted, but not until late October.

If you’re wondering how an annulment differs from a marriage, an annulment means that there was a reason that the marriage was invalid from the start. As a result, when an annulment is granted, it’s as though the marriage never happened — from a legal standpoint, and apparently from a court records standpoint as well. (Which explains my initial difficulty researching the case.)

There are various reasons that the state of Nevada would grant an annulment, which equates to the marriage being voided, and The Las Vegas Defense Group breaks them down:

In Nevada, there are four grounds for a court to void a marriage. They are:

• There was a “want of understanding” between the couple. This means that one of the spouses could not have consented due to Insanity, Mental disability, or a similar mental state

• A spouse’s consent to the marriage was obtained by fraud. This can happen when someone misrepresents or hides important facts about themselves

• Any other reasons for voiding a contract exist. Such reasons can include duress, mistake, or undue influence. 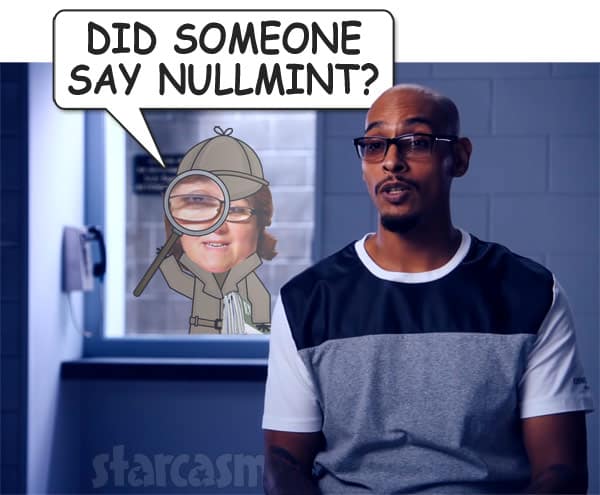 It’s unclear what the reason for Marcelino’s annulment was, but something tells me we are going to learn a lot more when the wedding is featured on the show! He has mentioned this season that he started talking with Brittany not long after a “devastating” break up, which I assume involved his annulment partner. So, we have a devastating break up and annulment stemming from a Las Vegas wedding — it’s enough to put an overactive imagination in hyper drive!

UPDATE – We obtained a copy of the annulment filing and we now know the reason! Just clik the link to find out! (HINT: It’s a little on the shocking side, and is not one of the reasons listed above.)

Meanwhile, Marcelino and Brittany seem to still be living their happily ever after as they continue to share updates on Instagram. Here’s a couple of photos as well as Brittany’s reaction to some of the negativity directed at Marcelino because of how he has been portrayed so far on the show:

A post shared by Brittany Love After Lockup (@brittany.loveafterlockup) on Jan 4, 2019 at 7:34pm PST

Everyone is entitled to their own opinion no doubt but I would just like to give my man a big shout out with love! ? I appreciate the way he’s always listened to the depths of my soul. At one point all there was, was pain in my eyes. He saw that pain and took it to heart. I appreciate that he doesn’t care if he has to look like an a**hole if that’s what it takes to make sure that everything and everyone in my life is ?… the unconditional love he has brought to mine and my son’s life has been a dream come true and relieving to say the least! @blazebird45 #teambrittanyandmarcelino #loveafterlockup #wetv #healthyrelationships #love #postivevibes

The couple have even expanded their family recently. No, it isn’t a baby, like that infamous online registry would suggest. The two have recently gotten themselves a pooch, which Marcelino has named Whiteboy ?

Be sure to follow along with Marcelino and Brittany’s post-incarceration love journey, including their eventual wedding (and later marriage) with new episodes of Love After Lockup airing Friday nights at 9/8c on WE tv! And if you want to get all caught up on the TONS of juicy spoilers and everything else we’ve been sharing this season, just check out our Love After Lockup category!