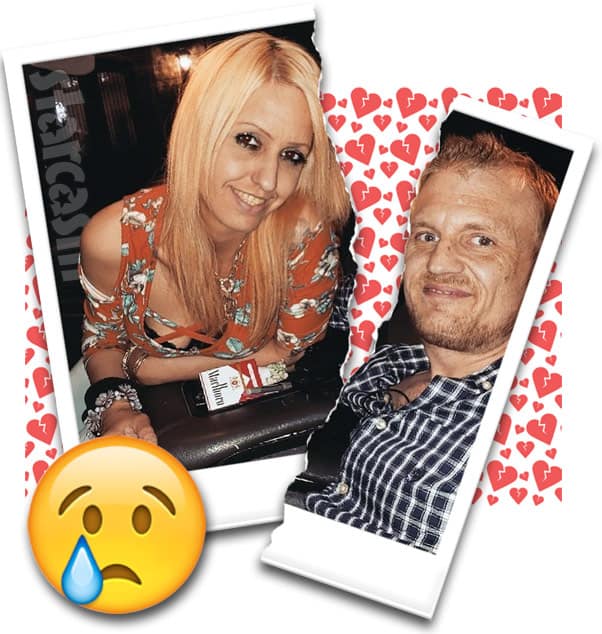 It’s a potentially sad, sad day for Love After Lockup fans — and fans of True Love in general. It appears as though Clint and his Goddess Tracie might be breaking up, and it all has to do with those fame-chasing ladies sliding into Clint’s DMs!

The Goddess doesn’t think these ladies want Clint necessarily, they’re just after some of that sweet Love after Lockup fame! “Sad thing is they only want him to get fame,” she says.

Tracie continues by calling her current situation “Stephanie round 2 all over again,” which I assume is in reference to another woman named Stephanie who was trying to pitch some virtual woo at Clint.

“I think it’s about time I left him,” Tracie confesses, before revealing that Clint wasn’t really pulling his financial weight in the relationship. “Sad thing is I’ve been the one that’s holding it down,” she says. “I’ve been the one paying all the bills.”

“So ladies go ahead,” Tracie continues. She adds that if anyone wants Clint “that bad” they had “better have a nice bank account. Because you’ll be the one supporting him.”

If you’re curious how Tracie has been “holding it down” for the couple, I would have to assume that it was through her Cameo. Tracie has been very diligent about promoting the personal messaging service, unlike Clint. He does participate in some of the messages that people pay for, but when he does, Clint often seems a little less than enthusiastic.

Earlier this month, Tracie revealed on Twitter than she charges $50 per cameo and she had already done “almost 100” of them. It’s not too hard to do the math and come up with “almost” $5,000. Of course, Cameo gets their cut of that.

Clint has yet to respond to the break up on social media, but something tells me he is not too happy right now. If we have any readers living in or around Hobbs, New Mexico, we strongly encourage you to be on the lookout for flying phones!

UPDATE – There is an Instagram account for Clint that I am fairly certain is legitimate, and it has been posting some rather odd things over the past few hours. The most recent post on the account is a screen shot of Clint’s mug shot photo from our article on his arrest in August for possession of drug paraphernalia. Clint’s caption: “Maybe should have been the other way around ???‍♂️ #LoveAfterLockUp #WeTv i #CRACK myself up at times ??? #Jokes #ClintBrady.”

He also shared a Cameo video with Tracie along with a sales pitch:

Hey get a Cameo from me! They are fun and full of life! Order one today and you have it in one hour guarantee!

I’m going to go out on a limb and guess that it is Tracie making these posts? That is purely speculation however!

UPDATE – True Love may be alive again! One of Tracie’s Twitter followers just asked her for an update. “What happened with Clint and his cheating ass? Did y’all work it out?” Tracie replied by tweeting: “Yes we worked it out, thank you for asking. I was just a b*tch in hot heat at the time. But we’re all right now.”