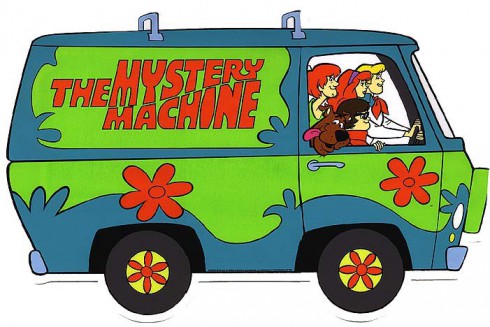 According to a new report from Blind Gossip, one “desperate, desperate, desperate” reality TV couple is so hungry for attention that they are faking a pregnancy. Of course, the story will only grow more complicated when they are forced to A.) Fake a miscarriage or B.) Adopt a baby.

Based on the Blind Gossip story, the wife didn’t even splurge on a fake baby bump… She just borrowed a pillow right off the bed.

“Yes, they are using a pillow to fake a baby bump… for a baby that will never happen,” the site reported. “We found out that there is no surrogate, that they have not been able to arrange for an adoption, and that they are frantic that we have exposed their lie. So how will this end? As of this week, their plan is to fake a miscarriage of their fake baby and then shed some fake tears.”

The website added the husband is a musician who is looking to boost sales for his upcoming album and concert series.

To summarize what we know…
— The married couple has a reality TV show.
— They already revealed the “pregnancy.”
— The husband is a musician who is preparing to release a new album and go on tour.

Blind Gossip previously reported about what seems to be the same couple.

“His wife talks about the constant morning sickness of the first trimester, about buying cute baby clothes in a neutral color, and about her healthy food cravings. In fact, both of their families have been talking and tweeting non-stop about her pregnancy,” the website revealed in late July. “It’s all a publicity stunt… and both families are in on it! She will continue to pretend to be pregnant for the rest of the summer… And then she will ‘miscarry’ before her husband’s record drops.”

We have our doubts about this story. But, if it turns out to be true, it will be deeply upsetting — particularly for those who have experienced the pain of real miscarriages.

Which major celebrity announced she’s pregnant with throwback photos and a bun in the oven graphic?