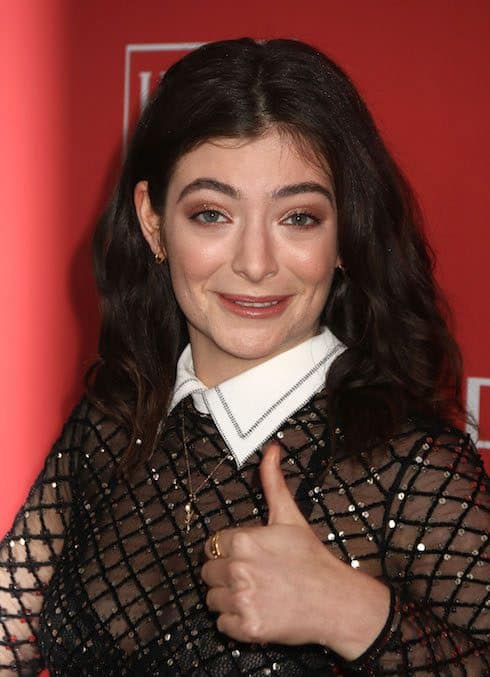 DLISTED – Tom Hanks is going to play Mr. Rogers in a forthcoming biopic called You Are My Friend. It sounds like this particular movie might avoid the biopic’s cardinal sin of trying to cram an entire life into two-and-a-half bloated Oscar-intended hours, and will instead focus on a brief period in Mr. Rogers’ life. Good news all around!

CELEBITCHY – Apparently Lorde didn’t perform at the Grammys because the powers that be only asked her to sing as part of the Tom Petty tribute and not to do a song solo. Though Lorde was up for Album of the Year, the show’s producer defended the decision by saying “We can’t have every nominee perform.” To which any rational observer might respond: Why did the other AOTY nominees get to do so?

JEZEBEL – Among the praise Nicole Kidman had for the bugs she ate on-camera for a Vanity Fair piece: “Awesome. Like nothing you’ve ever tasted. Like…a hairy…nut.”

LAINEY GOSSIP – The dance Rihanna was doing at the Grammys is called Gwara Gwara; it’s from South Africa. Here’s that, plus a photo gallery of the woman doing what she does

UPROXX – Norm Macdonald is apparently going to join the ranks of David Letterman with his very own talk show on Netflix. The only thing that could be better is if Norm just became Dave’s permanent guest