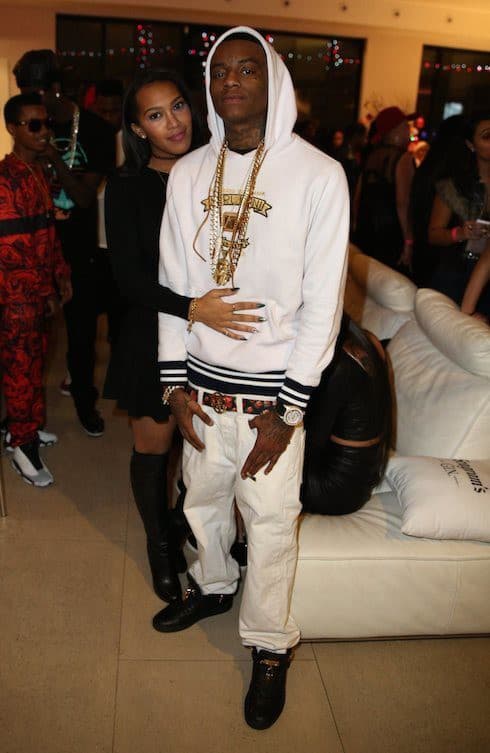 Are Soulja Boy and Nia Riley together? One of the highest-profile couples on Love & Hip Hop Hollywood has been going through a rough patch of late–and their behind-the-scenes drama recently went public when it spilled over onto social media. At least one outlet has gone so far as to call their tiff a “war of words,” and it’s not hard to see why: Wetpaint claims the pair “broke up again” after an escalating series of insults. Soulja didn’t take too kindly to Nia hinting that she might be seeing someone else…

…so he continued to clap back at her, even when fans thought his efforts somewhat corny…

…and that torrent of insults led to an attack on Nia’s “personal hygeine” which reminded many of Ray J dishing on Kim Kardashian years after their sex tape went public. “It was wack,” Soulja said of Nia, in a since-deleted tweet, “and that sh!t stank!”

Soulja later apologized, saying that he and Nia “go through things,” but their followers “don’t know the whole situation.”

Did Lamar Odom try to sneak a drug dealer into his hospital room?