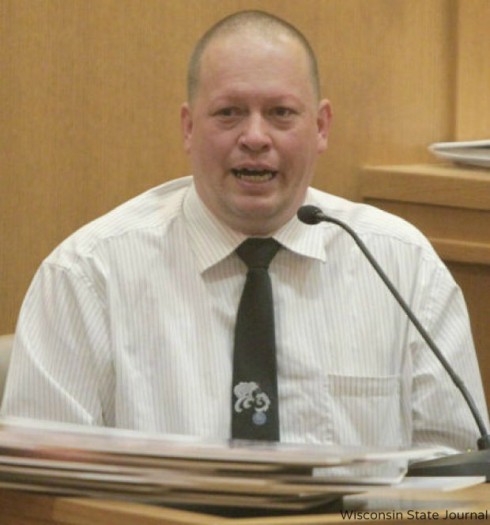 After looking at the facts of Chad Chritton’s child abuse case, there’s no denying the Wisconsin man is flat-out dumb: He locked his daughter in the basement and only fed her scraps of food for six years. When the girl was discovered at the age of 15, she weighed only 68 pounds.

However, a jury of his peers decided Chad’s stupidity was not a legitimate excuse for his actions — even though that’s what Chad’s lawyer argued.

“You saw him testify for five hours,” said Chad’s lawyer, Jessa Nicholson, during closing arguments in the case. “I’m not picking on him, I’m just saying. You think he’s a tricky, clever, wily guy? Did he appear to have an understanding of mental health?”

The lawyer added the girl’s weight loss could be attributed to any number of causes: “Kids fall off the growth chart all the time for a variety of reasons.” 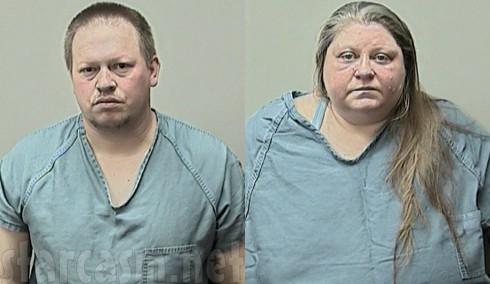 ^ Mug shots for Chad and wife Melinda, who was previously sentenced.

The prosecution argued Chad was well aware his actions were wrong. Assistant District Attorney Matthew Moeser said Chad also manipulated and emotionally abused his daughter by making her believe she was “damaged goods” and was, therefore, responsible for the punishments.

Earlier this year, the victim’s stepmother, Melinda Drabek-Chritton, was sentenced to five years after pleading no contest to first-degree reckless endangerment and causing mental harm to a child. The victim’s 20-year-old stepbrother, Joshua Drabek, will stand trial in February 2014 for child abuse and sexual assault charges.