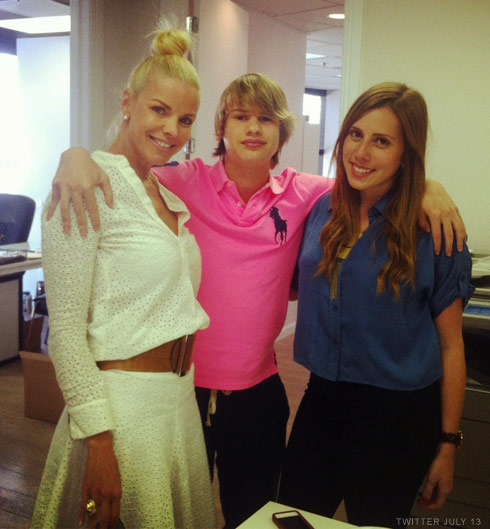 Alexia Echevarria was one of the official housewives on Real Housewives of Miami‘s first season. Although she is returning for a second season, we won’t be seeing much of her. Alexia’s youngest son, Frankie Rosello, was involved in a horrific car accident last August in Miami which left him in critical condition. Alexia dropped everything to be with him and her gig with Real Housewives of Miami was put on hold.

It was a rainy weekend in Miami when Frankie, who was 13 at the time, and a friend from school were invovled in a collision. The driver lost control of the car and it spun into oncoming traffic. Frankie was taken to the ICU at Holtz Children’s Hospital where his situation was described as ‘really bad.’ He suffered from a head injury and multiple broken bones including a crushed pelvis. He underwent pelvic surgery the very next day.

Here are a series of tweets from Alexia soon after the accident: 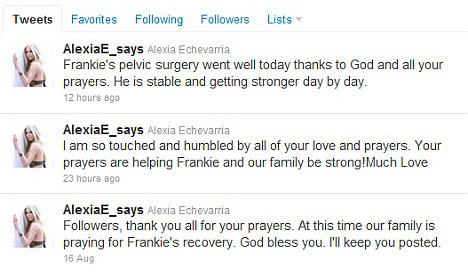 All the while, his mother remained at his side. In addition to her Bravo gig, Alexia is also the editor of Venue Magazine. She immediately stepped down when news broke of Frankie’s accident. “It was a parent’s worst nightmare to get that phone call,” she later told the press.

Frankie was later transported to Atlanta for his rehabilitation at The Shepherd Center. Here is a photo of him shared by Alexia with the tweet, “Outside enjoying Atlanta’s weather after a long 1st day of Rehab #Frankieisafighter #pray4Frankie XO” 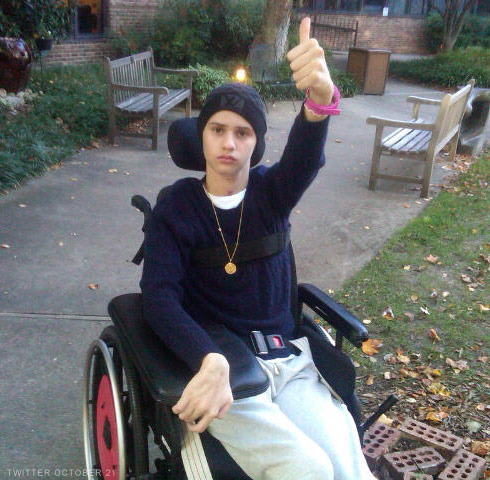 As of February, Frankie was still participating in physical therapy five days a week as well as speech therapy. “He’s eating, he’s walking, he’s happy, he’s not on medication. The doctors are amazed,” Alexia told Miami Herald a few months ago. Here’s a photo of the hard-working Frankie in physical therapy from February 13: 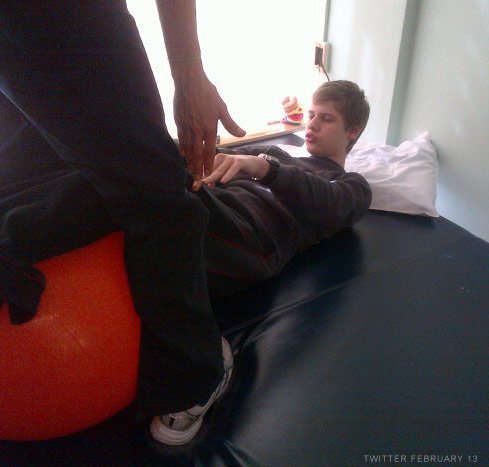 The always-positive Alexia tweeted the photo along with the caption, “Frankie working hard in therapy! I’m so proud of you baby! #blessed #JacksonMemorialRehab”

The photo at the top of this post is was taken July 13, 2012 when Frankie spent the day with his mom at the offices of Venue magazine. Damn he’s looking great! It’s wonderful to see all of his hard work paying off, and to see Alexia is able to get back to working at the magazine!

Because of the personal nature of the incident, Frankie’s situation will not be featured on season 2 of Real Housewives of Miami. However, Alexia will be seen on camera talking to her cast mates about her feelings. In the trailer, she’s even seen breaking down to co-star Marysol Patton.

To see more of Alexia, tune in to Real Housewives of Miami‘s second season when it premieres on Thursday, September 13th.

UPDATE – After her son Frankie’s accident was addressed on the show, Alexia made a video to update viewers on his recovery for Bravo: