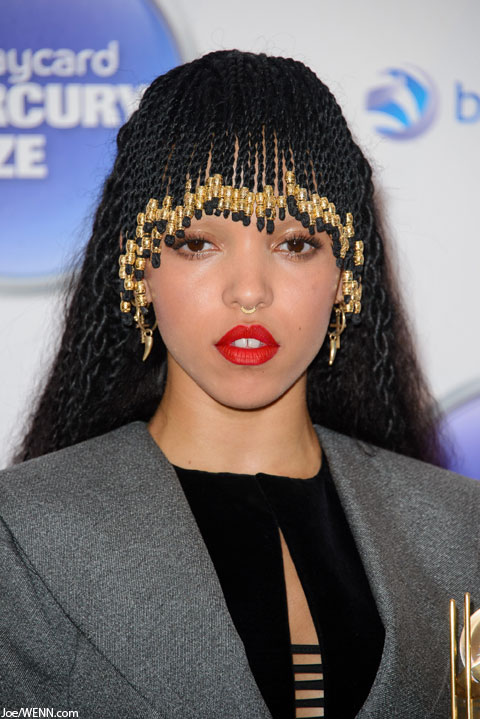 FKA Twigs, who’s officially dating Robert Pattinson, is an ethereal R & B singer with a soothing, trance-like sound. Where does her name come from?

Twigs, real name Tahliah Debrett Barnett, was born and raised in rural Gloucestershire, and spent a lot of time alone as a child working on music. As a child she also took ballet lessons, where the other kids noticed her joints would crack “like twigs,” when she stretched.

She took “Twigs” as a stage name, and added the FKA (Formerly Known As,) when another artist complained about her using Twigs. The 26-year-old writes all her own music, and has been performing since she was 16.

Twigs is reportedly living with Pattinson, and over the past few days the pair have been spotted tearing up places like Venice Beach and Whole Foods while holding hands and acting like lovers fully entrenched in puppy love.